Space A Day of Remembrance

NASA Picture Of The Day
A Day of Remembrance 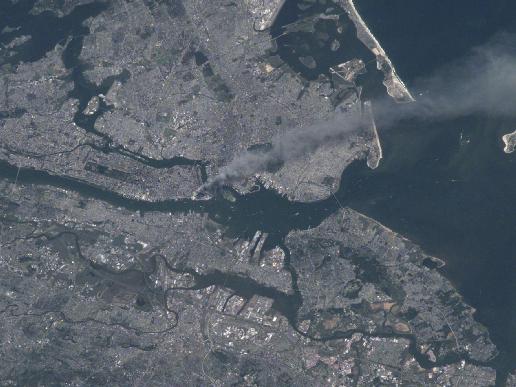 Visible from space, a smoke plume rises from Manhattan after two planes crashed into the towers of the World Trade Center. This photo was taken of metropolitan New York City the morning of Sept. 11, 2001, from aboard the International Space Station. "Our prayers and thoughts go out to all the people there, and everywhere else," said Station Commander Frank Culbertson of Expedition 3, after the attacks. Image Credit: NASA (More at NASA Picture Of The Day)

Space A Day of Remembrance