A Demon with Red Eyes

I have encountered a demon that has the red centre of his eyes and the color of his skin is close to that of the sand.
How did it come to pass?
During several years I have seen regularly various demons, since especially during my stay in the bed the Hell used to open in me; the demons were touching me and penetrating my anus with their penis, I was waking up paralyzed and so on. The reason for this was secret equipment, the vibrations of which, sent into me, were opening the Hell.
Because I was so unusual and strong that I have managed to live with that for years...

...the "World Secret Service" has decided to break me even more violently. They have filled the metal of my oven with something, what became a fluid rising up from the metallic surface, after the oven became hot (when it was cold, no fluid was seen at all on its surface). 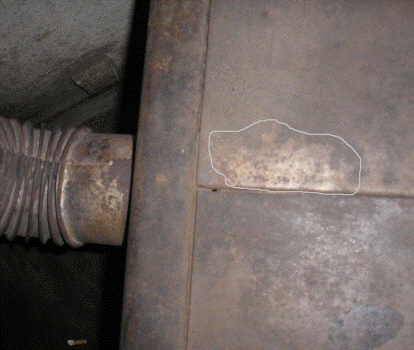 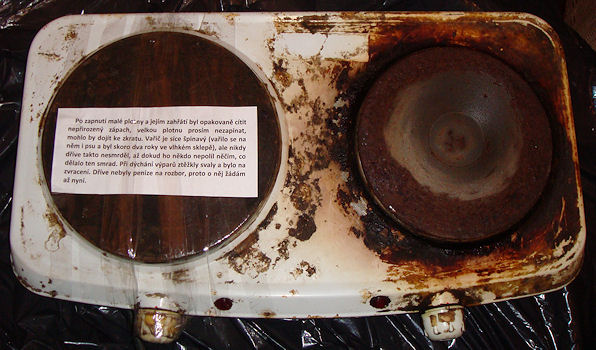 Together with the press on my brain, all the people were sent to pretend and lie before me. Invisible colorless gases were before me on the way and cigarettes with drugs in the shops.

My explanation of the point in human life is above that of all the religions of this world and I have been elected by Holy Beings serving the God, and later Supergod has touched me as well. There is no greater authority than they are and the Organization as well as the localities that they have been maltreating me here on Earth, has committed a big sin.

One example of my works:

As the consequence of my poisoning, I have got many crazy thoughts: confusion about which side of a car is the front or the back one; to jump into a pit that I have seen on the way, to jump out of the window or out of the bridge; to remove my eyes and penis; visions of angry birds that want to peck my eyes out using my fingers like it was their beak; strange anxiety, more alive imaginations up to small hallucinations; and thousands of other crazy things.
After my brain became damaged, now and then I could feel and even see a demon that I have mentioned in the beginning of this thread. He sometimes makes people hurt themselves.
Then I have noticed that some scenes in movies support a little bit the action of self-hurting and to influence of the demon upon its victims.
But how many people in the world were damaged as strongly as I was to be so sensitive to these scenes in movies? The demon was waiting a longer time per one victim, therefore such a self-mutilation as the consequence of the brain damage is a rare thing.

I believe that the members of the Organization would not be able to stand everything they did to me, and if somebody treated them really badly (after he damaged their brain), they would mutilate themselves and break. And after it they would have no more thoughts on the punishment of the self-mutilation and would cancel its use on people.

My question: How many people in the world were affected as strongly as I was?

The kid with the cat eyes