A Flock of Stars

A Flock of Stars 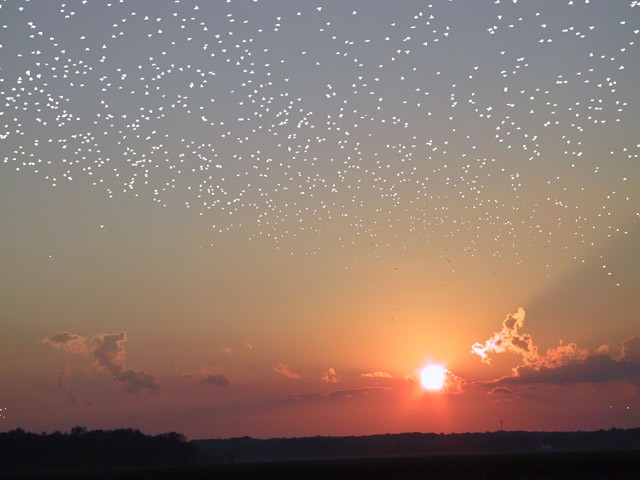 A Flock of Stars
Credit & Copyright: Roger A. Hopkins

Explanation: Only a few stars can be found within ten light-years of our lonely Sun, situated near an outer spiral arm of the Milky Way galaxy. But if the Sun were found within one of our galaxy's star clusters, thousands of stars might occupy a similar space. What would the night sky look like in such a densely packed stellar neighborhood? When Roger Hopkins took this picture at the Montezuma National Wildlife Refuge in the Finger Lakes region of western New York, USA, he was struck by this same notion. Appropriately, he had photographed a flock of starlings against the backdrop of a serene sunset. He then manipulated the image so that the black bird silhouettes were changed to white. The final picture dramatically suggests the tantalizing spectacle of approaching night in crowded skies above a cluster star world.

A
Sci-Fi Ghosts Amongst the Stars