Staff member
I wish the automated NASA announcements were a bit more automated. 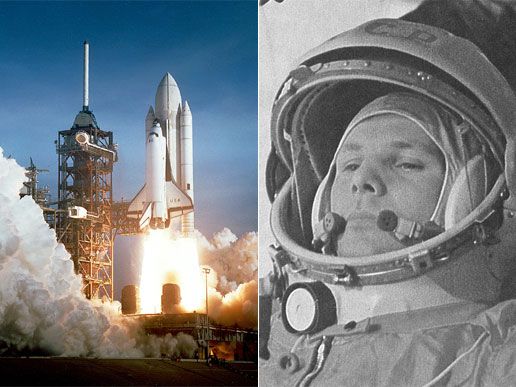 April 12 forever holds a special place in space exploration history -- not for a single event, but for two milestones that ushered in new eras.

On April 12, 1981, the age of the Space Shuttle kicks off with the launch of Columbia (left) on the STS-1 mission. Commander John Young and Pilot Robert Crippen are at the controls.