A New Horizon for Phoenix 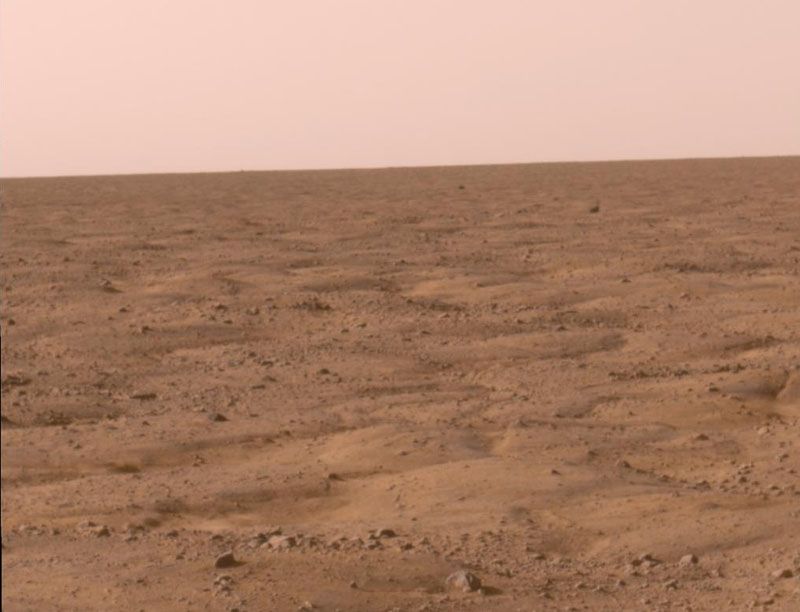 Explanation: This flat horizon stretches across the red planet as seen by the Phoenix spacecraft after yesterday's landing on Mars. Touching down shortly after 7:30pm Eastern Time, Phoenix made the first successful soft landing on Mars, using rockets to control its final speed, since the Viking landers in 1976. Launched in August of 2007, Phoenix has now made the northernmost landing and is intended to explore the Martian arctic's potentially ice-rich soil. The lander has returned images and data initially indicating that it is in excellent shape after a nearly flawless descent. News updates will be available throughout the day.

A Jupiter-Io Montage from New Horizons