A Real Astronaut Reflects on America's Moon Landings, Past and Future [Space]

A Real Astronaut Reflects on America's Moon Landings, Past and Future [Space] 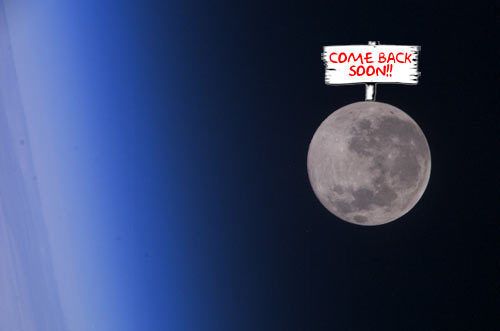 Our friend and astronaut blogger Leroy Chiao was an invited guest at the Apollo 11 40th Anniversary gala last night. Here he shares a few shots, his memories of the Eagle touchdown, and his thoughts on the next moon mission.

A Spam and peanut butter (chunky) sandwich: That was what I had for lunch, forty years ago, just before watching along with the rest of the world as Eagle touched down on the surface of the Moon.

It was a hot summer day in Danville, California. My family lived in a nice house, in a nice neighborhood. Nevertheless our home, like many built in that era, didn't have air conditioning. So, my father moved the family TV set (19" black and white, rabbit ear antennae) out onto the partially shaded back patio. He sprayed water onto the concrete, which helped make it surprisingly cooler.

My friends, two brothers Mike and Russ, were visiting. We had been friends for a long time (two years was long time to an eight year old). So, they had become accustomed to being served odd concoctions at my house, invented by my Dad. Spam and peanut butter sandwiches was one of those. It was surprisingly, not too bad. I had experimented once with a plain Spam sandwich. I quickly went back to including the chunky peanut butter.

I can remember like it was yesterday, watching that grainy black and white TV and listening in as Eagle approached the surface of the Moon and landed. Even as a young boy, I knew that the world had just changed. I also knew that I wanted to be like those guys on the Moon. I wanted to be an astronaut!

Twenty years later, I found myself in Houston, interviewing at NASA to be a member of the thirteenth astronaut group. What a heady time&mdash;President Bush (41) had just announced the Space Exploration Initiative (SEI), calling for a return to the Moon to stay, followed by a crewed mission to Mars. And, we had astronauts in key NASA management positions, including the Administrator himself.

SEI fell flat, soon after the President failed to win reelection. The $400 billion price tag quoted by NASA might also have had something to do with it. Fifteen years after the SEI announcement, I found myself standing with a small group of fellow astronauts at NASA Headquarters, as President Bush (43) announced the Vision for Space Exploration (VSE) in the wake of the Space Shuttle Columbia accident. The Vision called for, among other things, a crewed return to the Moon by 2020, and a crewed mission to Mars, on an indefinite schedule. 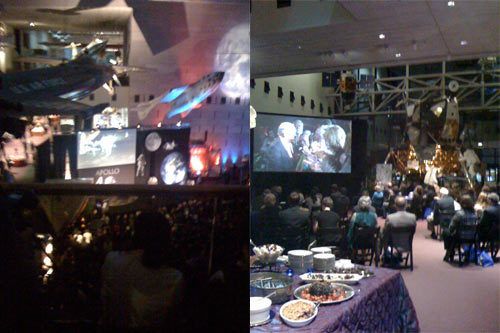 The Constellation program, which grew out of the VSE, was described by then-NASA Administrator Mike Griffin as "Apollo on Steroids." Indeed, it called for the creation of a capsule spacecraft (albeit, much larger). Five years into Constellation, the nation stands at a crossroads. The program has had its share of challenges and controversy and the budget is universally agreed to be inadequate. Newly inaugurated President Obama has ordered a review and a report, outlining a set of options for NASA and the agency's new Administrator. (I am a member of the Review of U.S. Human Space Flight Committee.)

Today, on the 40th anniversary of the Apollo 11 Moon landing, our return to the Moon is tenuous, at best. Who, in 1969, could have imagined that we would not have regular travel to and from Moon bases by the 20th anniversary of Apollo 11? The announcement of the SEI in 1989 gave us hope that we would be back on the Moon to stay, within another twenty years. Those twenty years have now passed.

Tonight, I was an invited guest at the 40th Apollo anniversary celebration at the National Air and Space Museum. Everything was perfect: The Apollo 11 crew&mdash;Neil Armstrong, Buzz Aldrin and Michael Collins were elegant and stately against the backdrop of historic air and spacecraft. Other Apollo-era astronauts, like my friend Walt Cunningham, were also shining honorees. They were all a part of it!

It was a reminder of old times, of the past grandeur and wonder of the Apollo era. The time when we, as a nation, felt like nothing was impossible! A time, when Spam and peanut butter (chunky), tasted better than almost anything.

Should we look back at the last forty years and be disappointed? I believe that would be a mistake. Skylab was a resounding success. Despite the challenges, the Space Shuttle and ISS are marvelous flying machines. We started down the road of international cooperation with the Apollo-Soyuz Test Project, and led the formation and maturation of the current, highly successful international partnership. We have not had the big home run since Apollo, but we have made steady progress.

Where will the next twenty years take us? Against all odds, Spam is still going strong. Let's keep moving forward too.

Leroy Chiao, Ph.D. served as a NASA astronaut from 1990-2005. During his 15-year career, he flew four missions into space, three times on Space Shuttles and once as the copilot of a Russian Soyuz spacecraft to the International Space Station. On that flight, he served as the commander of Expedition 10, a six and a half month mission. Dr. Chiao has performed six spacewalks, in both US and Russian spacesuits, and has logged nearly 230 days in space.

Pluto: Past and Future