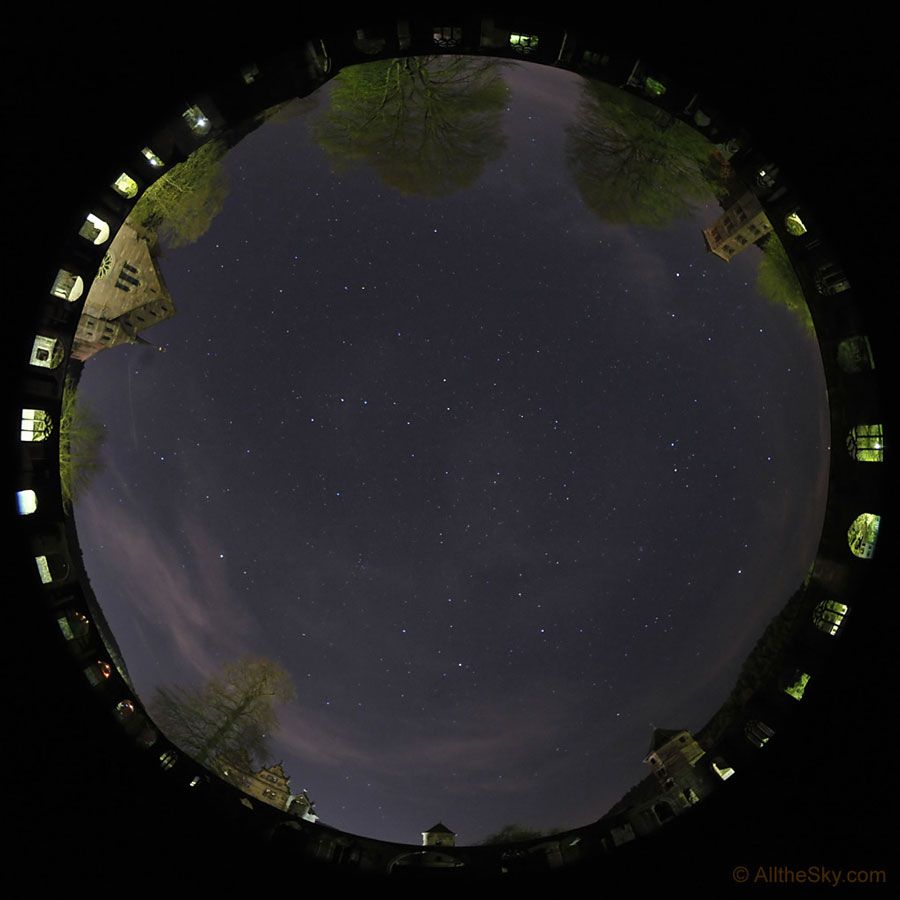 Explanation: What's in the sky tonight? When strolling outside just after sunset, even if just going out to your car, a casual glance upwards can reveal a beautiful night sky also seen by many people across the Earth. To see your local version of the above image, start by facing south, and then tilt your head back. Visible nearly above you, during springtime at sunset in much of the northern hemisphere, will be the Big Dipper, part of the constellation of the Big Bear. The cup end of the Big Dipper will point to the North Star Polaris, the star around which the whole sky would seem to spin, if you could watch for hours. Polaris is at the tip of the Little Dipper, otherwise known as the constellation of the Little Bear. Depending on the time of night, other visible constellations would include Bootes, Leo, Gemini, and Auriga. The above fisheye image was taken from Germany last week. Visible around the entire image edge is the courtyard of Hirsau Abbey, once a Benedictine Monastery founded in the year 830. Moving your cursor over the image will bring up an annotated version of the above image, including the location of the planet Saturn.

Staff member
Took me a few seconds to realize what I was looking at. That is cool use of a fisheye lens.