Drama Airborne: Come Die With Me

Anyone excited about the new Mark Hamill film? It's BRITISH! Horray! The film tells the story of a group of passengers traveling by air. Things take a turn for the worst when there's a killer on the loose and the airplane is carrying a cargo with a mysterious and deadly ability! It's great fun! Highly recommended! Here's the official announcment 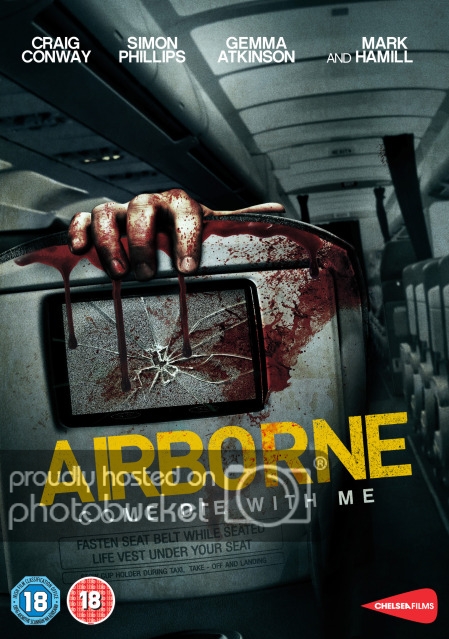 Mark ‘Luke Skywalker’ Hamill returns to the screen in his first ever starring role in a British film.

Hell quite literally breaks loose at 30,000 feet as passengers on board a Trans-Atlantic bound for New York come face-to-face with an ancient evil.

As a severe storm front rapidly closes in on the UK, all flights out of East Midlands airport are cancelled – all save Atlantic Sky Airways Flight 686, bound for New York. Shortly after take-off, several passengers become concerned when one of their number inexplicably goes missing. Their anxieties are further increased when it becomes apparent that the flight has veered off course and it is revealed that the plane is carrying an interesting item of cargo: a rare and extremely valuable ancient Chinese vase. The assumption is that terrorists are responsible, but nobody on board is showing their hand – for now. With tensions rising amongst the passengers and crew, violence soon breaks out, forcing those behind the deadly plot to expose their identities.

Meanwhile, on the ground, concerned aviation chiefs and the military have together authorised the launch of fighter jets to deal with what they believe could be a deadly hijack situation. But hijacking is soon proved to be the least of anybody’s worries when the owner of the vase recounts a myth surrounding its ancient origins.


In the fine tradition of other high-altitude thrillers such as“Executive Decision”, “Snakes On A Plane”, “Passenger 57”, “Red Eye” and “Con Air” and the winner of the British Lion Award at the 2012 British Independent Film Festival, Airborne is a Twilight Zone-esque thriller with a hint of the supernatural and some amazing production values that, for us, places it leagues ahead of what we’ve come to expect from the usual “gangster flick-centric” British indie genre movies. To top it off, it also features a welcome return to the screen for Mark Hamill who in recent years has almost been reclusive while establishing himself as one of the most in-demand voiceover artists in the business.

Writer
Somehow, I don't think I'll probably go out of my way to watch this one...

A
A third "Stargate SG-1" movie is coming

Drama Marley and Me