Airplane Flight Patterns over the USA 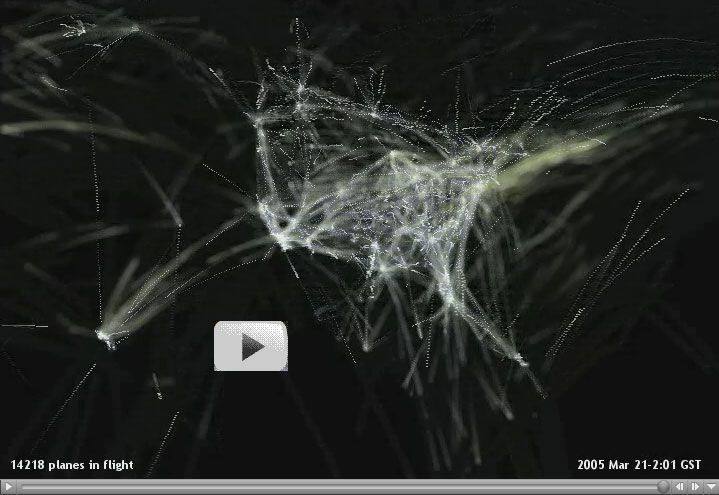 Explanation: What are these Earthlings going? Millions of people move about planet Earth by airplane every day. Hundreds of thousands of airplane flights take place over the US every day. A dramatic graphical depiction of these flights was created by Aaron Koblin and is shown above. Clicking on the above image will bring up a movie in many web browsers, a movie that might better be visible here. The movie depicts flight patterns that occurred over a few days in 2005 March. The count on the lower left shows the number of flights USA-related flights at the time listed on the lower right. The trails shown are not contrails but rather generated artificially by a computer algorithm. Major cities in North America and the USA are discernable. Inspection of the movie shows that some times of the day are busier than others, indicating that flights leave some destinations at times that are convenient for travelers. In terms of distance, flying to a distant location is much safer than driving to that location. Flying in an airplane, however, remains slightly more dangerous than driving to a nearby airport.