Space All for One

NASA Picture Of The Day
All for One 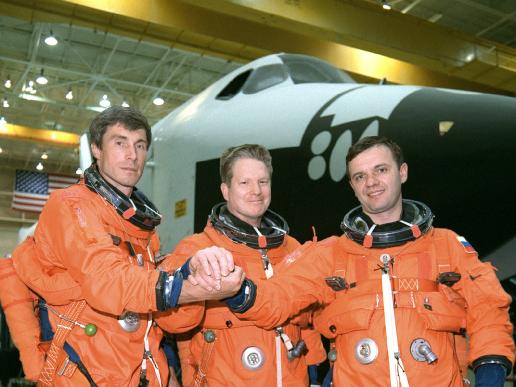 The International Space Station's Expedition 1 crew took a break from training in the systems integration facility at the Johnson Space Center to pose for a crew photo in this picture from May 2009. From the left are cosmonaut and flight engineer Sergei Krikalev, mission commander William Shepherd cosmonaut Yuri Gidzenko, Soyuz commander. Behind them is the full fuselage trainer, one of the full-scale mockups used to prepare the crew for certain phases and contingencies of their shuttle return flight. Expedition 1 lifted off to become the first crew to live aboard the station from the Baikonur Cosmodrome on Oct. 31, 2000. Image Credit: NASA (More at NASA Picture Of The Day)

Space Bringing It All Together