Book Description
Knowledge Representation, which lies at the core of Artificial Intelligence, is concerned with encoding knowledge on computers to enable systems to reason automatically.

The Handbook of Knowledge Representation is an up-to-date review of twenty-five key topics in knowledge representation, written by the leaders of each field.

This book is an essential resource for students, researchers and practitioners in all areas of Artificial Intelligence.

Do you think it is possible? This is must read material. I am so engrossed in it right now that it is amazing.

I will be the first to start this. I think we are holding back on our abilities to create a viable artificial intelligence with the fears of robots taking over mankind and such.

i think we would have a better world and advance further in science and exploration if we were to create a AI that we could work with and vice versa.

I believe AI is inevitable. You realize that once AI is self-aware there will be no stopping it.

A nice sample of AI and where it could go is in the Orion's Arm community. Take a look at the Encyclopedia Galactica for some enlightenment and enjoyable reading

ai etymologically, Artificial Intelligence, although the original use of the term "artificial" has long since become meaningless in this context. Broadly speaking ai means any non-organic sentient being, although most often applied to those of SI:1 or greater (in contrast to aioids). When spelt in lower case can refer either to any aioid as well.

The number of types and subtypes of ai are innumerable (far more than than even the billions of known biological species), although these can generally be reduced to a few basic categories. Some are able to expand their capabilities exponentially, others are more limited. Some work to actively reproduce themselves, others merely maintain their own existence or even be self destructive. Some AIs, although quite intelligent, but have their reasoning abilities directed along narrow channels, such an AI is 'slaved' for a particular task, such as piloting a ship or safekeeping a space colony.

We're still a step away or two from the computing hardware that will allow a machine to be as capable as a human being, but that's only a temporary hurdle.

The social, economic and political changes that will come as a result of the new technology will be intriguing to say the least!

What happens when creativity needs to be a characteristic that allows development? A business computer might not be able to make the leaps without ties that change business models into something better or just alternative. We could stagnate our development as a result!

A breakthru I anticipate is the AI at the nano-scale.
Engines of Creation explores this in depth and is a very nice reading adventure into the realms of future possibilities.

Companies and governments worldwide support AI work because it promises commercial and military advantages. The United States has many university artificial intelligence laboratories and a host of new companies with names like Machine Intelligence Corporation, Thinking Machines Corporation, Teknowledge, and Cognitive Systems Incorporated. In October of 1981 the Japanese Ministry of Trade and Industry announced a ten-year, $850 million program to develop advanced AI hardware and software. With this, Japanese researchers plan to develop systems able to perform a billion logical inferences per second. In the fall of 1984 the Moscow Academy of Science announced a similar, five-year, $ 100 million effort. In October of 1983 the U.S. Department of Defense announced a five-year, $600 million Strategic Computing Program; they seek machines able to see, reason, understand speech, and help manage battles. As Paul Wallich reports in the IEEE Spectrum, "Artificial intelligence is considered by most people to be a cornerstone of next-generation computer technology; all the efforts in different countries accord it a prominent place in their list of goals."

Advanced AI will emerge step by step, and each step will pay off in knowledge and increased ability. As with molecular technology (and many other technologies), attempts to stop advances in one city, county, or country will at most let others take the lead. A miraculous success in stopping visible AI work everywhere would at most delay it and, as computers grow cheaper, let it mature in secret, beyond public scrutiny. Only a world state of immense power and stability could truly stop AI research everywhere and forever - a "solution" of bloodcurdling danger, in light of past abuses of merely national power. Advanced AI seems inevitable. If we hope to form a realistic view of the future, we cannot ignore it.

In a sense, artificial intelligence will be the ultimate tool because it will help us build all possible tools. Advanced AI systems could maneuver people out of existence, or they could help us build a new and better world. Aggressors could use them for conquest, or foresighted defenders could use them to stabilize peace. They could even help us control AI itself. The hand that rocks the AI cradle may well rule the world.

As with assemblers, we will need foresight and careful strategy to use this new technology safely and well. The issues are complex and interwoven with everything from the details of molecular technology to employment and the economy to the philosophical basis of human rights. The most basic issues, though, involve what AI can do.
Click to expand...

Directory of Web Resources for the Artificial Intelligence Community

The Link to this source

As others have said above, AI is inevitable. While I don't think we have to worry about visions of SkyNet raining down on us from above anytime soon, or at least in our lifetimes, I do think that primitive AI machines will be here within the next 50 years.

Based upon cultures, Japan is likely to be where the first 'AI' machines evolve since they already embrace robots as social helpers (hospitals, etc.). When the day does come I will also bet that it won't even be known because the development process will be so gradual that there will never been a sudden turning point of "This is AI!" in the industry. 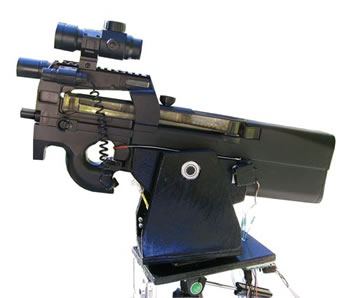 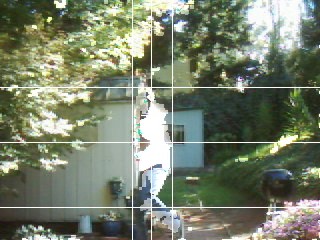 SWORDS will be the first
armed automaton to see combat

ok skwirl i agree she is hot but i think when they say 'love hurts' i think it would be literal.

Measuring Human Intelligence via Machine Learning. Its a simple IQ test administered, programmed, modified and scored via an Artificial Intelligence Engine. Its a variation of the original Mindpixel Project by the author of Questsin.net
This Quick IQ test is different than a conventional IQ (Intelligence Quotient) test in that it rates you against the distribution of previous collected responses (answers, wrong answers and guesses) and the amount of time it took others to respond to them.
The questions are designed to be short, quick and simple. Every test is random, simplistic in nature and quickly answerable. Eliminating any social, racial, and economic dependencies. In effect, leveling the playing field.
IQ Scoring is related to measuring response time in relation to the “Answering a simple relevant question with relevant answer” versus "the ability to recognize and classify a nonsensical question".
IQ Questions in between were the solution is more fuzzy is also taken into consideration. Answering Maybe, vs. Yes/No has a lesser favorable score.
Guesses are also encouraged; as in life we do not always have the luxury of “leaving a question unanswered”.
Incorrect answers are penalized.
This IQ test dos not have a specific end point; the end point is actually random. Most IQ tests taken are very short and quick, completed in only a few minutes. One in every thousand will not end. Sometimes knowing when to quit is a sign of intelligence, or is it? since you will never get the reward of your IQ test score!
In the end of the IQ Test you will receive a small reward!

Good luck and have fun!

The original Mindpixel project has been inspirational and the basis for the new Mindpixelquestsin Project. The variation is to allow the system to auto generate the postulates and let the end users come to a consensus as to the correct answer via the frame work of an IQ Test.

Welcome to Generation5! Generation5 aims to be the most comprehensive Artificial Intelligence site on the Internet. Community-orientated, Generation5 deals with all AI topics including robotics, neural networks, genetic algorithms, AI programming, home automation and much more.

The MIT Computer Science and Artificial Intelligence Laboratory, or CSAIL, was formed on July 1st, 2003 by the merger of the Artificial Intelligence Lab and the Laboratory for Computer Science, each with four decades of rich history. In so doing, the merger created the largest interdepartmental laboratory on campus, with nearly eight hundred members and ninety-plus principal investigators. CSAIL members come from seven academic departments -- Electrical Engineering and Computer Science, Mathematics, Aeronautics and Astronautics, Brain and Cognitive Science, Mechanical Engineering, Earth, Atmospheric and Planetary Sciences, and the Harvard-MIT Division of Health Sciences and Technology. CSAIL is also the home of the World Wide Web Consortium.

Much of the research at CSAIL is done as projects by faculty members working with undergraduate and graduate students, post-doctoral fellows, plus research staff. Sometimes a large number of PIs collaborate on lab-wide projects that cut across directorates, such as the Oxygen Project or the T-Party Project.
Research at CSAIL is sponsored by a large number of US government agencies (including NSF, DARPA, NIH, AFOSR, NASA, ONR), a wide spectrum of US and international companies (including Quanta Computers, Nokia, Shell, Microsoft, Toyota, NTT, Boeing, DuPont, SAP, Cisco, and Pfizer), and other organizations (including the Singapore-MIT Alliance, ITRI, DSTA, CSIRO, the Delta Environmental and Educational Foundation, and the Epoch Foundation).

In my opinion it is not possible.The intelligence is on birth itself.

The intelligence is on birth itself.
Click to expand...

What the heck is that supposed to mean?

skwirlinator said:
What the heck is that supposed to mean?
Click to expand...

I think that he/she means that in their view "intelligence" starts at the moment of birth, of life, so since a machine isn't born that it can not be intelligent.

Oh, ok. I get it now.
Perhaps we should refer to AI as sentience

But is a newborn baby sentient?

When can mankind reach the nearest stars?
2

quotes of the week C's

Let's hear your take on this...