I've noticed a quality about my viewing habits for TV shows and movies.
I am attracted to intelligent characters and complex scientific interactions.

I first noticed this when I was glued to Doogie Howser MD at primetime.
Once I realized my affinity I reviewed why I liked the shows I liked.
All of them were cerebral in nature. From extreme common sense to highly cognative actors.
Quincy was full of common sense. The Pretender was adapt at multiple talents.
Spock was my favorite character on Star Trek.

I've tried watching The Simpsons and Family Guy for entertainment and I always came away feeling like had been insulted. Its beyond me why those shows are so popular?

I watched Carl Sagan do Cosmos then I watched Neil DeGrasse Tyson do Cosmos. Tyson's cosmos did not fill me with wonder like Sagan did. Sure it had eye candy but it just didn't feel as intelligent. I really like Tyson's common sense approach on most things but the show just felt wanting.

Some of the Big Bang Theory dialog from Sheldon indicates that someone in a writer's booth understands my passion for the technical.
There are a few movies that touch that spot but most take an interesting concept and fuddle it bad. Like the movie LUCY. I like the movie but I felt that they failed to show much of what might be possible. Most movies stop just short of brilliance. TRANSCENDENCE was a movie that was brilliant but was crushed on purpose.

Its like when Barclay modified the Enterprise to reach the Cytherians in the episode The Nth Degree. The Holodeck was the technology and Barclay was completely sure of himself and in command of his faculties. Then they ruined it and dumbed him down again.

Ender Wiggins is another character that is dumbed down that is gifted. The character is in Battle School to kill the imposing force of aliens and protect his species. Then when he succeeds brilliantly he is troubled by morality. For all the screening they completely missed his morality issues? To me its plain nonsense. 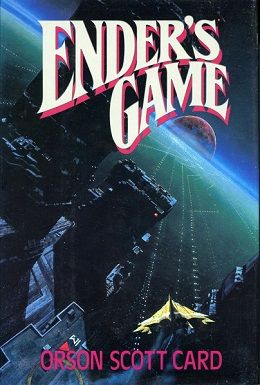 Criminal Minds is currently one of my favorite shows. Spence is my favorite character on the show. I like how they profile human behavior but there are some really dumbed down moments that make me walk away.

For some reason Hollywood seems to think that people are stupid. That they can't handle the technical in more than small doses. Its like they are being directed as to just how much intelligence is allowed to be exposed to the public at one time.

On the other hand, I have watched Youtube videos and seen enough Facebook and social media post to realize that most of the population IS STUPID. They require PAMPERING. Their small egos must be STROKED.

Then there are those of us that have actually read science fiction and understand the concepts explored. We can't tolerate the stupidity of the masses. So we are left with what we get. We are the elite few.

Tom said:
The Pretender was adapt at multiple talents.
Click to expand...

Now there is a show that I used to like but haven't seen in years! Just when it was getting good with delving into his background it was cancelled. I think when I get home I'll need to add it to my Netflix or Amazon queue if either have it.

ultimate smart character is that brit fellow in the funny clothes and the phone booth.

that's one of many reasons I love BtVS so much; very, very smart. Whedon mentioned one time how he'd watch shows and it was obvious what was going on to the viewer but the characters were clueless. He spoofed that in the one episode where one character makes a robot girlfriend and right away everyone says, wow, must be a robot.
Veronica Mars? Smarter than everybody. greatest pilot episode(s) ever. I highly recommend if you haven't already seen. (not really sci fi but great.)

Tom said:
I watched Carl Sagan do Cosmos then I watched Neil DeGrasse Tyson do Cosmos. Tyson's cosmos did not fill me with wonder like Sagan did. Sure it had eye candy but it just didn't feel as intelligent. I really like Tyson's common sense approach on most things but the show just felt wanting.
Click to expand...

Personally, I've always felt Tyson to be a hack. He neither has the eloquence nor any of the dignitas that Sagan unconsciously oozed. Tyson is a populariser of science for a dumbed down, brainwashed, politically correct, over-sensitive, inward-looking generation who is pre-occupied with his role as a scientific rock-star and hasn't done any serious science in over a decade. He's a media cheerleader who uses Twitter for infantile, shallow comments on politics more than he does for infantile, shallow comments on science. I saw the first episode of his re-booted Cosmos and was completely turned off. @Tom, this re-boot didn't feel intelligent because it wasn't. Seriously, where have all the giants and intellects of yesteryears gone that we have to settle for some like Tyson as the spokesperson for science in general?

Tom said:
Ender Wiggins is another character that is dumbed down that is gifted. The character is in Battle School to kill the imposing force of aliens and protect his species. Then when he succeeds brilliantly he is troubled by morality. For all the screening they completely missed his morality issues? To me its plain nonsense.
Click to expand...

Agree, the main thrust of Ender's Game are the moral conundrums the character is faced with, and the whole book is about taking destruction to its ultimate level, fully committing to it, and the unforeseen consequences of such action. The movie missed the point, but it had some good eye-candy special effects. Also, I know it's difficult to adapt this for the screen, but I really didn't like that they chose an older kid for the role. The reason why Ender's actions were so shocking (some of the extreme and unrestrained violence depicted in the book) was precisely because he was so young at the beginning of the story (six years old). The emotional punch was completely missing from the movie. If they would have spent more time and effort getting say two kids who looked similar for the role (for a younger, 6-9 year-old Ender, and an older 10-13 year-old Ender), it would have been so much better.

Hollywood was trying to fit two or three books (I think?) in one movie.
Hollywood doesn't do some books right. I guess we all know that.

Writer
I tried to watch the revised Cosmos and could not MAKE myself watch it.