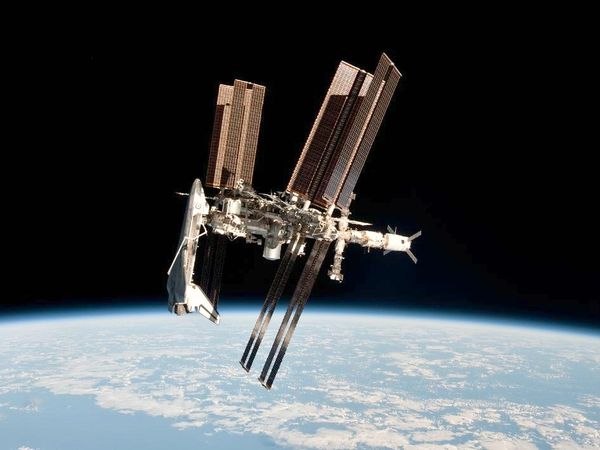 A Russian rocket, hefting 6,000 pounds of supplies to the International Space Station from the Baikonur Cosmodrome in Kazakhstan, failed Wednesday, plunging the massive craft into a fiery atmospheric reentry and causing an immense explosion in a remote area of that republic.

The good news: The Soyuz craft was an unmanned space freighter and the mysterious failure was the first of its kind.

The other bad news, however, is the model is virtually identical to the third-stage rocket used to lift crew members up to the space station.

With the Obama administration's retirement last month of the final U.S. space shuttle, the only way American astronauts can reach space now is by buying seats aboard these Russian rockets, at $65 million per ride.

Thousands of Kennedy Space Center workers have already been laid off in Florida and the shuttles are being cleansed of toxic chemicals in preparation for museum display.

NASA officials said the space station's current six-member crew, including American Ron Garan and Mike Fossum, are in no immediate danger and have supplies sufficient to last them until a European cargo delivery scheduled for spring 2012.

This thanks to 9,000 pounds of supplies delivered last month by Atlantis in the shuttle program's final flight to the space station, orbiting about 220 miles altitude.
However, the rocket failure investigation by a Russian commission could take awhile, delaying any crew and supply flights indefinitely.

Four other Russian flights, two of them manned, were scheduled for 2011.
And two Russians and Garan were set to return to Earth on Sept. 8. That change will likely be delayed to keep the ISS fully staffed.

With insufficient speed, the craft fell back into the atmosphere, burned and crashed in a remote area near China, reportedly with an immense blast. Another third-stage Russian rocket failure last week caused an expensive communications satellite to go into an improper orbit and those model rockets to be grounded, pending an investigation.

Joe Biden was nowhere near either incident.

RELATED:
Historic photo: Atlantis' return to Earth -- as seen from space
The personal life of an American astronaut: What's it really like in space?
NASA's Juno orbiter begins its long journey of discovery to Jupiter
-- Andrew Malcolm

Russian shuttle sails down the Rhine