Update Package (73 MB) requires the initial release of the game in order to be installed and played.

Full Package (257 MB) includes the original and updated game data, can be installed and played as standalone game.
Nirann’s sleeplessness is just the beginning of this story. However, the actual beginning lies in the much more distant past.

It lies in the legendary times of Shadow Uprising, about one thousand years ago. The young races, united by the great Minbari leader Valen and with the help of Vorlons, who appeared before them like the ancient gods of light and justice, defeated the Shadows, the dark enemy. After that, for the thousand of years, the Minbari lived in peace and prosperity as never before. But Valen himself has been restless and often traveled from star to star, as if looking for something.

Even feeling lonely and lost, he was not alone. There were the others who followed him through darkness and fire and kept the loyalty and devotion to him. Rashok from the Warrior Caste, who dreamt about the honorable death and failed to fulfill it. Nukenn of the Religious Caste, whose faith in Valen has died once and then has been reborn again. A strange gloomy Zathras, mysterious in everything but his devotion to the One. Ramde Zarwin of Tak’Cha, banished for pride and terrible crimes, committed by Valen’s name. Virenna, rejected by her own caste and accepted by Valen regardless of anything and anyone. Sinevar, a mighty warrior, who managed in the end to finish the battle he started long before, and few others.

Not all of them lived long enough to see how lonely was the greatest of the Minbari in the end of his days. By the time, Rashok has gone to the sea of stars, Zarwin was banished long ago, Virenna accepted death to return her good name, and faithful Zathras, who seemed to be sturdy as machine, died because he was old even when Valen himself was young. Just Nukenn and Sinevar remained beside him. They followed him in his wanderings, but no one knew the goal of it. Once, Sinevar didn't come back from one of such deep space trips, and Valen has become even more secluded and his journeys ceased as well.

Nine hundred years later, five years after the end of Earth-Minbari War, the Earthforce, barely recovering from the terrible defeat, struggled awfully against the chaos on their space lines. The raider groups were powerful, numerous, well armed and organized to even challenge the regular army.

No political or commercial interest crossed in the neutral sector 318, distant and unimportant. But many popular trade lines were coming through this sector, so the reports about raising Raider activity in the area were not surprising.

To restore order in the sector EAS Perseus, one of the newest Omega-class destroyers built after the Minbari War, has been dispatched there. Though the destroyer of such class is usually capable of carrying two full squadrons of fighters, this time there was only one squadron onboard. The Earthforce Command planned to send the second squadron to rendezvous with the destroyer just few days later. Commander Richard Kelly, 34 years old veteran of Minbari War was given a special assignment — to lead the Alpha Squadron into battle. For all three years of war he has managed to avoid seeing the attacking Minbari warcruiser, but the instinctive horror remained somewhere in the depths of his soul forever…

What is “Babylon 5: I’ve Found Her” project?

“Babylon 5: I’ve Found Her” (IFH) is a freeware space combat simulator game project developed by Space Dream Factory (SDF) and set in the universe of Babylon 5.

What is “Babylon 5: I’ve Found Her — Danger and Opportunity”?

“Danger and Opportunity” (D&O) is a prequel campaign for “Babylon 5: I’ve Found Her” space combat simulator game containing 8 complete and fully playable missions (including 3 training missions) based on a stand-alone prologue storyline.

“Black Omega” (BO) is the next campaign for “Babylon 5: I’ve Found Her” space combat simulator game containing 6 playable missions (each of them includes many sub-missions). It has the same lead character as “Danger and Opportunity” and can be considered as direct sequel.

Install this update next! 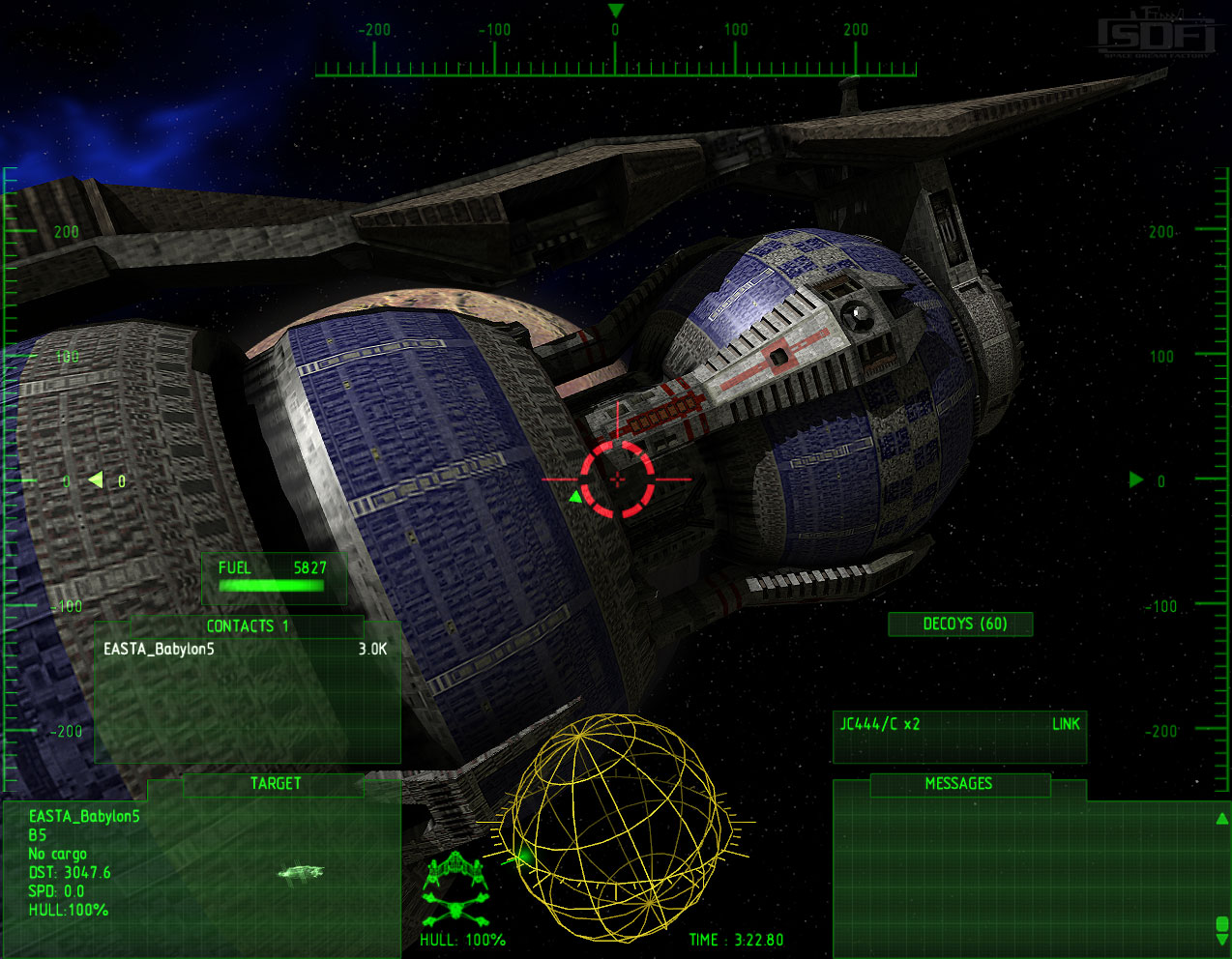 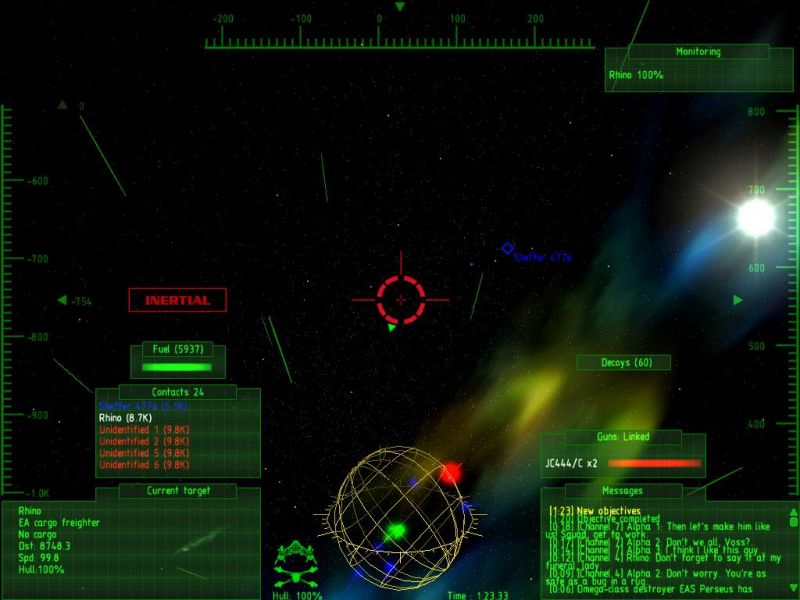 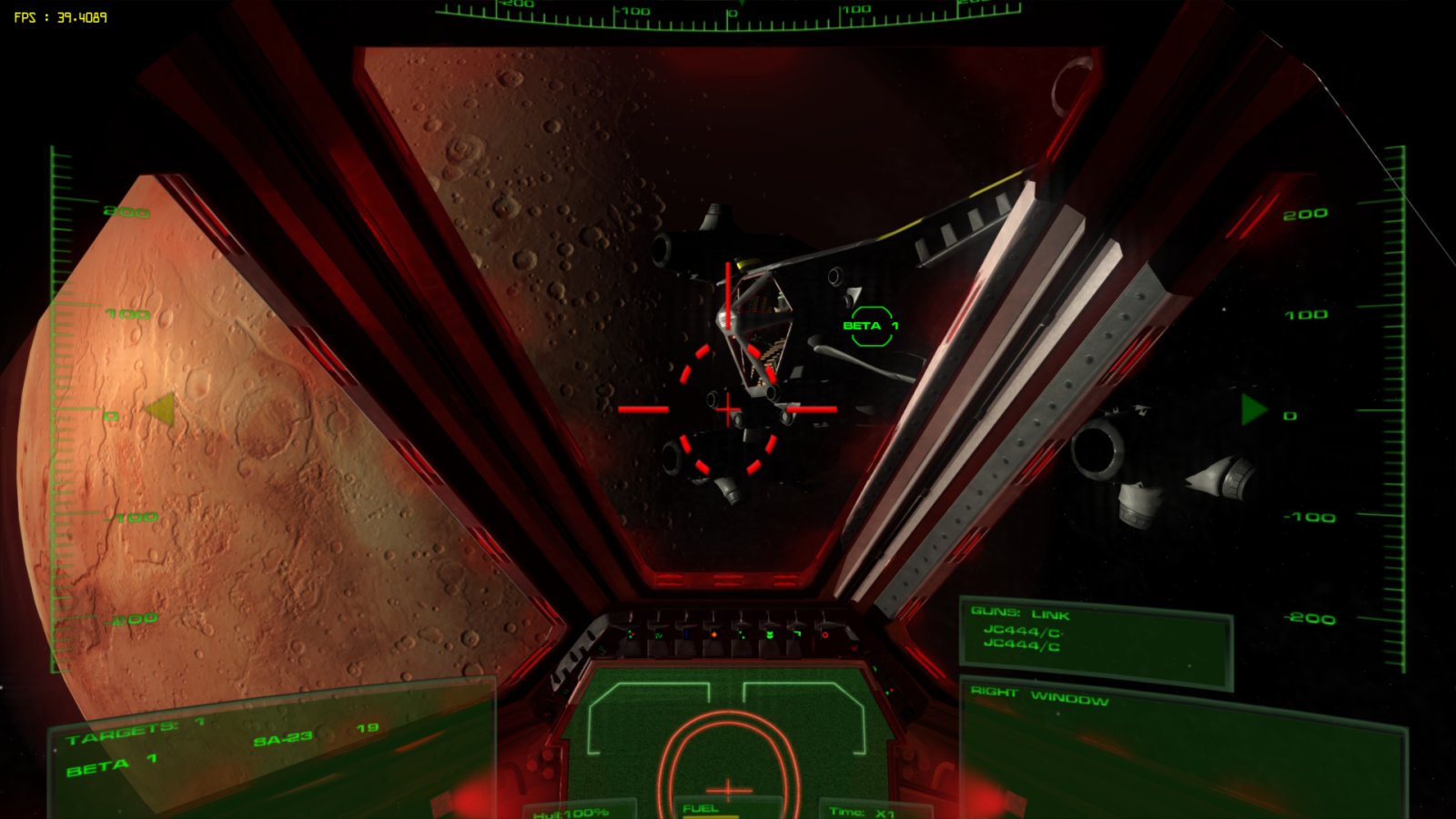 Will there be 3D cockpits for the fighters?
Yes, there are plans to implement 3D cockpits in game, starting with Black Omega campaign. In IFH&O, players had to deal with head-up display (HUD) only.

PSI abilities in Black Omega?
Yes. With proper training, a telepath can do much more than poing and shoot his guns. But you have to have a cop brain! Stop thinking military.

For what platforms is the game available?
The game is available for Windows and OsX. An experimental Linux version is also available.

What is “Homeplanet”?
“Homeplanet” (HP) is a commercial space combat simulator game developed by Moscow-based company Revolt Games. Both IFH&O and HP have been developed simultaneously and share the same game engine. Save this HP is completely different game set in its own (non-B5) universe. Original version of “Homeplanet” was released April, 2003. HP add-on — “Homeplanet: Playing With Fire” (PWF) featuring new storyline, heroes, space ships and long awaited LAN-based multiplayer mode — was released May, 2004. “Homeplanet Gold” was released August, 2005. This collector’s edition contains both original HP and PWF add-on versions of the game and feature advanced rendering system, dynamic shadows, revised AI, new missions and more.
Home Planet has not been released

Summary of all available downloads regarding D&O

Misc coding(summary of some useful posts made by members of the old forum):Link #1

Re: Summary of all available downloads regarding D&O

Here are a few files from my Library

Download: Ship_Skins.zip
Small Ships/Capital Ships/Custom skins Gallery.
You must have ships and skins loaded to view them in the files.Updated Feb. 17, 2013


I still have the orignal Download files and if you really need them let me know and I will up them to my Cloud.