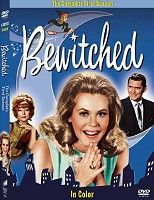 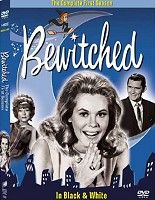 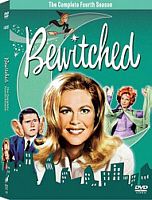 The young executive of an advertisement agency, Darrin Stephens (Dick York) marries a beautiful woman, Samantha Stephens (Elizabeth Montgomery). On their honeymoon, Sam discloses a secret to him: she is a witch with magic powers. He makes her promise him that she will live like a mortal, without using witchcraft and spells in their lives, but sometimes she uses her magic to help Darrin and herself. Sam's mother, Endora (Agnes Moorehead) does not accept her mortal son-in-law, hates him and can hardly say his name correctly. In the suburb of Morning Glory Circle, where they live, their curious next-door neighbor Gladys Kravitz (Alice Pearce) suspect Samantha, but can never prove the weird situations she sees to her husband Abner Kravitz (George Tobias). Darrin works in the McMahon and Tate ad agency with Larry Tate (David White), who is married to Louise Tate. Samantha frequently receives her witch aunts in her house, specially her sweet old Aunt Clara. Written by Claudio Carvalho, Rio de Janeiro, Brazil


After a man (Darrin Stephens) marries a very pretty woman, he finds out on his honeymoon that she is a witch who twitches her nose & uses hand gestures to do witchcraft. Samantha (the witch) promises her husband to try not to use any magic as long as they are married. Her mom, Endora, disapproves of the marriage & is always trying to break them up. Samantha eventually gives birth to Tabitha who turns out to be half witch, & Adam, who turns out to be mortal. Throughout the series, Samantha's relatives keep invading their household & using magic to drive Darrin crazy. Written by {jcobra3@hotmail.com}


Samantha, a powerful member of the society of witches that has lived apart from (and disdained) humanity for many centuries, falls in love with a mortal, Darrin Stephens. Much to the disgust of most of her family, she vows to give up witchcraft and become an ordinary suburban housewife, raising a family (bearing Tabitha and Adam). Never able to give up her heritage completely, the friction between the matriarchal, moneyless society of her birth and the patriarchal, capitalist society of modern advertising drives the comedy over eight seasons and 256 episodes, from 1964 to 1971. Written by David Carroll {davidc@atom.ansto.gov.au}

"The ABC Saturday Superstar Movie: Tabitha and Adam and the Clown Family" (1972)
Remade as