Any theories? Note any proposed theory must account for the following: 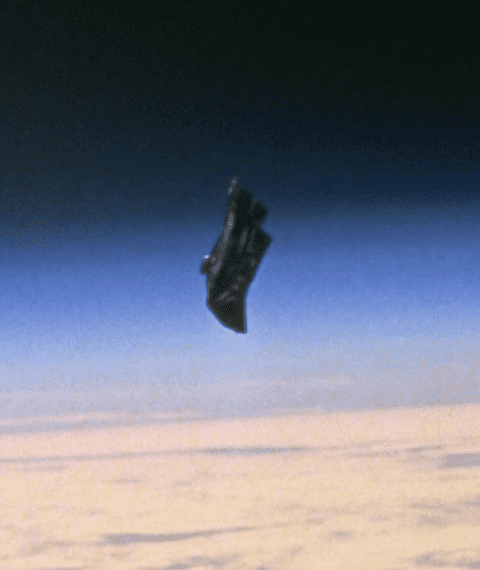 Staff member
I wasn't familiar with this one but anything associated with Tesla usually catches my attention. After poking around, I'm going to go with lost NASA blanket from STS-88.

It comes from Prometheus crater on the Moon. 14,000 years old.

Kevin said:
I wasn't familiar with this one but anything associated with Tesla usually catches my attention. After poking around, I'm going to go with lost NASA blanket from STS-88.

No, it goes back to the 1930's way before anyone could put anything into orbit. Your proposal doesnt even begin to explain it. Try again. How come it was originally detected in the 1930's ?

Tom said:
It comes from Prometheus crater on the Moon. 14,000 years old.

Any evidence other than a fictional hollywood movie?

Edgar J Hoover said:
How come it was originally detected in the 1930's ?
Click to expand...

Try to find a single reference to such an event in any science or news publication. There are plenty of conspiracy theory type mentions of it but nothing to back up such a claim.

No, you'll have to go to the Library and search old Astronomy papers frmo 1930's.

Not everything useful is online....

In 1963, astronaut Gordon Cooper reported seeing a greenish UFO during his 15th orbit on board Mercury 9. It was witnessed on the radar screens by approximately 100 people at NASA's Muchea Tracking Station near Perth, Australia. I have no idea if the Mercury mission trasnscripts are available online

Edgar J Hoover said:
Not everything useful is online....
Click to expand...

In the case of a notable persons like Tesla, though, just about everything is online.

I usually like to want to believe but in this case the more details that are added the more it seems like that is an urban legend that is growing because it is on the internet.

Yes, Tesla picked up something from space, likely pulsar signals. Those 1954 articles? They are based on claims by Donald Keyhoe, a writer of UFO related articles & books promoting his books. Nobody else was used as source for the articles, they were just the claims of Keyhoe. The 1960 mystery? Reported on by Time magazine as being debris from the Discoverer satellites. The Time article used the phrase "dark satellite". Even the phrase "black knight satellite" can be traced back to a series of UK satellite launches in the 50's & 60's named "Black Knight".

There are definitely some UFO (actual UFO, not the 'little green men' type UFO) stories that can't be explained, the Black Knight Satellite though has more explanations than it does mysteries.

Debris could not possibly stay in orbit for so long withourt power to keep it up there as the orbit decayed. Its just not credible. Especially at such a low altitude. It really is simply not feasible.

Just because a satellite is unclaimed doesn't mean it doesn't belong to the country claiming to have no knowledge of it. But that picture is clearly space junk.

More interested in these signals supposedly intercepted and how (if) it was every determined to be coming from orbit?

BirdOPrey5 said:
More interested in these signals supposedly intercepted and how (if) it was every determined to be coming from orbit?
Click to expand...

The ones involving Tesla? Try this page that gives a nice write-up of it....

Nikola Tesla and the exploration of Cosmos

I saw that, it could be a chunk of an asteroid, or funky space junk orbiting around the earth. It is fascinating...

I have heard of this object a few times in a couple of different UFO type shows, and the last time was quite recent. No I will also bring up in the 80's, I dated a woman whom had a relative of her that was a scientist/engineer that worked for NASA. That relative of hers and I talked about many different events and matters that were unexplained and just unknown. This object was one of the topics we had talked about and it was quite interesting. I believe it to be true and believe it to still be active. I also believe our government will never ever make it public or report on it.