Book Review "Something Wicked This Way Comes" by Ray Bradbury

Writer
This book is part of Bradbury’s loosely constructed GreenTown trilogy (there’s also a collection of related short stories). A sort of classic tale in its telling, the story unfolds as a nostalgic coming of age yarn mixed with horror involving two young boys. The main struggle explored by the author is that of desire and temptation. Chiefly this evolves between the contrasting main characters. The protagonists, Will and Jim, are best friends, with the main difference being that Will is a bit more cautious and Jim is a bit more adventurous with a slightly edgier worldview than his friend. Will’s father (another main character), is old—to put it simply. Charles has come into fatherhood later in life and doesn’t know how to make amends with that, as the youth of his son seems only to be a constant reminder of how aged he is. This dynamic sets the stage for things to come. Enter the horror.

Bradbury’s language is flowery, purple-colored prose from an older time. In looking at other reviews, it seems that this style is off-putting to some readers. Bradbury does not take a “window pane” approach to describing things (as author Brandon Sanderson might describe the style). His words fall from the abstract and are more akin to poetry. The author paints the scene with notes and chords and melody. The wording is thick and may take some chewing, depending on your mood or frame of reference. It’s is rife with allusion. That’s not to say that the story is not there—nor is it boring or stylized. There is real tension and suspense. But, Bradbury coats the story in vivid hues to invoke tone, mood and perhaps the nostalgia he must have been thinking of when he wrote this. Indeed, the story itself is inspired by the author’s own real life childhood experience from when a carnival came to his hometown.

Still, no matter the author’s style, there is a clear framework of a story. At times, it may seem a bit long—but not much. It’s easy to see how other authors (like Stephen King for instance) were inspired by someone like Bradbury, when you have scenes involving sewer hideaways and sideshow freaks stalking through town on ill intent missions to find the two pesky young boys. Each time the protagonists escape the clutches of the Carnival, a new struggle ensues with solid reversals of fortune. And there is also the ever-present worry, that nobody will ever believe what is really go on here.

Another thing to note of Bradbury’s style is his use of the language to construct scenes. His prose may be purpled—but it is not so verbose. He has a wonderful way of describing these evil things lurking about the town as they tangle with the protagonists, and he does this without resorting to overwrought, visceral descriptions of violence. I felt particularly creeped out by the Dust Witch, Mr. Dark and even the eviscerated Mr. Electro who drolled out stoic declarations like a half-dead toad. All the characters of this dark Carnival had a presence, though not described in complete physical detail–I still had a sense of them. I could feel the mood, the fear they put into the protagonists.

The story is a tad romanticized, and perhaps the voice of the young boys feels out of age at times. Yet, it pretty much works. All the capers the two get into seem realistic enough and appropriate for their age. The evil of the Carnival provides a stark contrast to the idyllic air around the boys, which keeps the nostalgia from going overboard.

Also wonderful is the way that Bradbury creates problems between the boys, who are the best of friends in every sense of the word (at times they seem like they are right out of a 1950’s sitcom). However, the absence of Jim’s father coupled with his curious and more daring side give him a darker edge and we are genuinely worried about him—just as Will is. This also rings true for Charles (Will’s father) who starts off as a nice fellow, but weak. We get to know Charles and understand his feeling of helplessness and struggle through this with him as he must put aside all his neurotic worrying about getting old, embrace life, and understand that his age is what it is (and that it is not even close to as bad as he has convinced himself it is).

This story started out as a short story first (check out the slightly darker version called “Black Ferris”) and then morphed into a screenplay which Bradbury hoped his friend Gene Kelly would produce. That never happened so Bradbury took the time to turn the treatment into a full novel—which is what we have here.

The book is a story of boyish adventure, yet Bradbury’s style makes the stakes much grander. The Carnival is not just some group of street criminals meant to rip off the good townspeople. There is something more sinister at work. Jim, Will, Charles and the citizens of Greentown come face to face with the physical manifestations of evil of the world and learn that even their small idyllic town is not safe. The struggle is eternal, for today’s struggle will be yesterday’s battle. The war lasts a lifetime. Yet, it’s not so heavy as all that, when the protagonists learn that they must trust to life’s good graces to keep evil at bay. They find the necessary strength within themselves to arm against the evil “Autumn People” of the world.

Lastly, the elixir of life plot device, which Bradbury plays with in this story, is also refreshingly simple and yet a wonderfully unique take on this common trope. What dangerous consequences lie behind the glorious promises of a fountain of youth? Read and find out.

A heartfelt tale through and through. 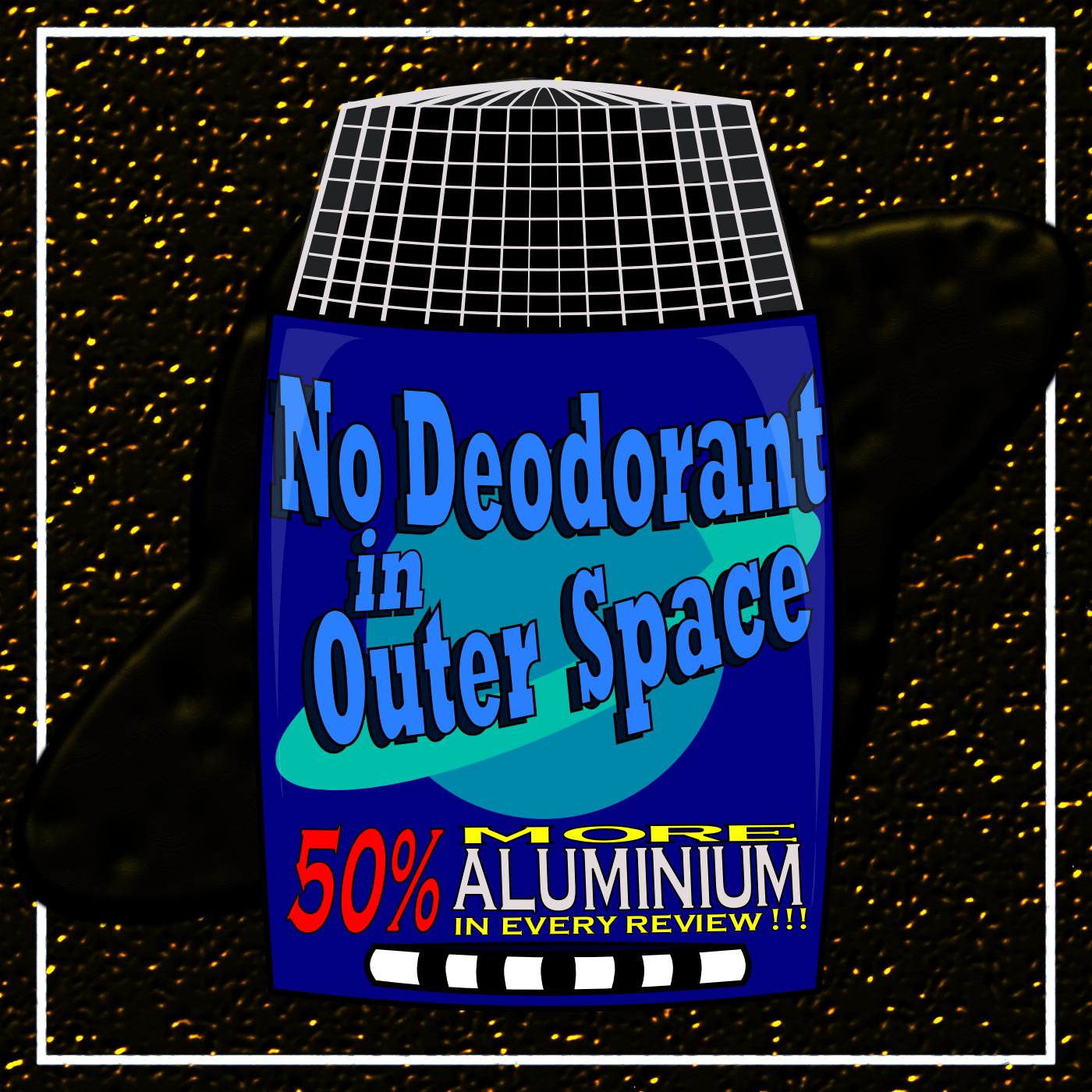 On the podcast we mentioned that this book was first incarnated as a short story called “Black Ferris,” in the magazine “Weird Tales.” You can check that story out right now at this link: https://docs.google.com/viewer?url=http://64.62.200.70/PERIODICAL/PDF/WeirdTales-1948may/58-63/

Also on the podcast, we talked about the annual Ray Bradbury Story Telling Festival that is held in his honor in Waukegan, Illinois through the public library (They also hold the Annual Ray Bradbury Creative Contest). For more information on that event visit: http://www.waukeganpl.org/Storytelling-Festival. This library was selected to house Bradbury’s personal book collection.

Seth Grahame-Smith (Abraham Lincoln: Vampire Hunter and Dark Shadows) is talking about remaking this – and sticking closer to the original material. Check out this article: http://geeknation.com/seth-grahame-...-new-take-on-something-wicked-this-way-comes/

Writer
So I also wanted to tack onto this that I enjoyed rewatching the Disney rendition of this movie. I remembered seeing it when I was very young, it was creepy and dark and scarey. It left me in a similar mood as watching "Watership Down." Both geared to a younger audience, but a bit edgier than nomral.

Seeing this film again, was fun - but I would say it lost a tad of its original luster. There are some good parts, where they developed some of the more peripheral characters (maybe more than Bradbury did), but some lesser parts to. They also cast Pam Grier to play the "Dust Witch" character - she played more of a seductive temptress like a siren which is different then the book where the witch is sort of this zombie-like old hag. The podcast agreed that the casting of the main antagonist (Jonathan Pryce) was well chose.

It's a good enough movie to check out, but a little hard to find.

All in all, the book and movie are a great fall read and watch.

I really liked the book. sorry I don't has the literary skills for a detailed analysis, I just liked it.
movie was ok.
(what other 'Green Town' did he write?)

Writer
The book is good. And I'm not sure I have any "literary skills for a detailed analysis" either, just a self-indulgent desire to blab on about things I like.

Anyway, I haven't read the other Green Town books so I'm not sure how they hold up, but Bradbury's pretty solid, so I'm sure you can't go wrong checking them out. I don't think the other Green Town books are connected in a direct way (like a sequel or prequel), but I believe there is a progression. As we mentioned on my podcast, Green Town is loosely based on Waukegan, Illinois where Bradbury spent some part of his early childhood. This is a link to an article in the Chicago Tribune that touches on that: http://articles.chicagotribune.com/...120607_1_dandelion-wine-sam-weller-green-town

So the other books part of the Green Town theme are "Dandelion Wine," "Farewell Summer," along with "Something Wicked This Way Comes." There was also a collection of short stories (save one) that center around Green Town called "Summer Morning, Summer Night."