Burgal me? Steal my PC? watch yourself do it later!!!!

A house burglar was caught after a webcam on the owner's computer recorded images of him carrying out the raid.
Stills of serial raider Benjamin Park, 19, of Cambridge, were sent to an email address so even when he stole the computer, the images could be found.

Police said it was a "brilliant idea" of software engineer Duncan Grisby, who set it after a previous burglary.

Park was given an 11-month jail term by magistrates in Cambridge on Tuesday after admitting burglary.
Click to expand...


Smile for the birdie! 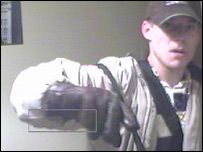 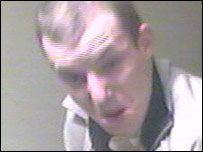 that'll teach them! everyone with a pc thats on 24/7 needs something installed like this taking advantage of motion activated webcam recording.

just remember, it is not evidence in the UK courts, but a lead that the police could follow up as they gathered officially acceptable evidence for the courts and acceptable admission by the criminal.

C
Do you love yourself?
2

A
be back later