Space Bursting at the Seams

NASA Picture Of The Day
Bursting at the Seams 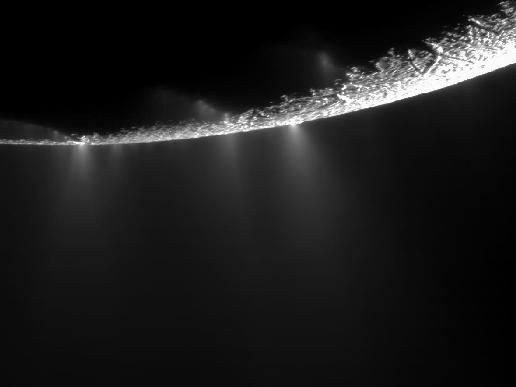 Dramatic plumes, both large and small, spray water ice out from many locations along the famed 'tiger stripes' near the south pole of Saturn's moon Enceladus. The tiger stripes are fissures that spray icy particles, water vapor and organic compounds. This mosaic was created from two high-resolution images that were captured by the narrow-angle camera when NASA's Cassini spacecraft flew past Enceladus and through the jets on Nov. 21, 2009. Imaging the jets over time will allow Cassini scientists to study the consistency of their activity. Image Credit: NASA/JPL/Space Science Institute (More at NASA Picture Of The Day)

Bursting At The Seams

In a Burst of Light