Time travel is possible.
However, time travel as we understand it is not.

Consider the simple act of jumping up and down.
When you jump up and down, you think you jump from one spot and come down on the exact same spot.
This delusion is not true.

When you jump up, there is duration from the time your feet leave the ground till the time your feet actually hit the ground.
During that duration, the entire Universe has moved.
Perhaps it moved just a lil bit but, it moved.
That movement can be calculated by an advance AI with real-time displacement data about the movement of the Universe.
On a simple calculation, the speed of the rotation of the Earth (about 500mph). But the Earth is not just rotating it is also revolving around the Sun in an elliptical orbit, It is wobbling at a given rate to give us seasons. It is traveling with the Sun in its path around the Milky Way. It is traveling with the Milky Way in its path around the local galactic group and so on.
All the movement is inherent on the position of your feet when the leave the Earth till the time they once again contact it.
If these positions can be calculated, time travel can be possible.

If we know the exact deflection at the exact rate of change per duration period we can calculate where the exact spot will be at any given duration. This is dependent on realizing the exact nature of change in a given duration period universally.
If this can be calculated, time travel is only a matter of changing the location of atoms within that change period/direction.
A few seconds is all that is needed to work out the mechanism for any length of time, into the past. Time travel into the future is much more complicated.
In the past we can calculate the values as they existed. Its a matter of math.
However, the future requires understanding of causality which can't be quantified because there is no evidence which justifies it.

Causality results in gravitational influences making predictable changes in the nature of the movement of other mass within its gravitational influence. The past is a known result of this causality.
The future is merely a speculation of these gravitational influences.
This means if an asteroid continues its present course, it will interact with mass along its way.
Without knowing all possible influences on that mass, there is no way to predict the exact changes which might occur. Even if an AI were able to predict all possible changes in path, it could never actually know exactly which change will occur. Multiply this unknown by the volume of the Universe.

The act of time travel over a significant time is fraught with error even with known factors such as the past.
One simple calculation could put your subject miles into space or miles into the ground.
However, by taking short duration trips into the past it would be possible to calculate the directionality and rate of change within a given duration.
If the directionality and rate of change universally could be calculated, we would have an exact position to send the mass we are teleporting. A few seconds is already possible as real-life experiments have already proven.
The problem increases as we widen the displacement.
It is governed by relativity. As we increase the gap in actual real-time data we increase the relativity of the data being considered. In other words, to go back a few seconds is much simpler than going back years.
Still, we could go back if the AI has all the pertinent information.
Forward, not so simple.
To go forward in time not only would all changes need to be calculated to precise specification, every possible outcome of every possible change would need to be considered, examined and selected as potential outcomes. Even then it would be a hit or miss situation.
We can't know exactly where anything will be at anytime in the future because there are too many unknowns.

Science fiction is locked into what I call the "Terminator Effect" of time travel.
You see a sphere open, materialize and a terminator appears.
Pretty simple yes?
No,
A time portal is a corridor. While the portal is appearing, duration passes. The Universe during that duration is moving. The time sphere should be moving with the motion of the Universe. To lock that portal to one position on Earth would require calculating and compensating for all movement of the destination universally. The sphere should be moving in location over the duration of its formation.
There is no set time coordinates of its destination unless it is a sequential set of coordinates over its formation duration. In other words, a moving target with a moving destination.

A way around this is to lock onto a radiation source which remains the same over a distinguishable, calculated period of time. Perhaps a natural radioactive source. Something which remains constant over the time gap. Something which is traceable. Thing is, while this might work for time jumps to the past, it fails for time jumps to the future. Too many unknown factors exist.
You might assume you just observe the future so you can calculate the destination coordinates but the future you observe may not be the future that exists. Remember, there are a whole Universe of actions which must happen for any possible future to happen. One change and all bets are off. That's one change in the entire Universe, not just Earth.

But...lets assume we have designed and created an AI system able to recognize every single change in state at Earth, at the destination and source of the given time frame. An extrapolation of given tests over a period of time to calculate the rate of universal change which actually happened. A past time jump might be possible but there is no way a future time jump could be calculated due to chaos.
In reality we see things which do not go as we expect. Not because we calculated wrong but because things happen which are not expected. We don't know everything about everything, everywhen. If we did, we would be Gods.
It is that unknown which defines chaos. If an AI were to evolved to understand everything about everything everywhere, everywhen, chaos would not exist for it and time travel into the future would be entirely possible.

The speed of time far exceeds the speed of light.
Duration to be specific.

Duration is unquantatifieable.
This is because duration exists between the static state of the Universe.

Think about actual absolute zero, the cessation of all movement.
Frozen, in other words.

With no movement, all process stops.
Focusing on particle physics, this means even hadrons do not spin.

Time travel must account for duration.
The duration of when a particle is getting ready to spin and when it actually changes state must be accounted when calculating time travel.
Otherwise, the calculations are merely a guess.
It seems like a microscopic look at something which requires a macroscopic view but a lot can happen in duration which is unknown.
Duration is universally reactive.
A change here causes a change there and so on.
If this is happening at a rate faster than the speed of a photon thru space, a whole lot can happen.
Duration is the key to time travel.
We or our AI will need to understand duration to manipulate time.

Macro time travel as it might concern us may or may not be dependent on micro-change but micro-change will certainly affect the outcome. It might be a difference in the spin of an atom's electron but it is a change from the normal, natural nature of reality.
Things like that tend to accumulate in unpredictable ways.
Its a nanoscale (or smaller) version of the butterfly effect.
It has the potential of knocking the very fabric of the Universe out of sync.
At the scale of the fundamental forces of nature.

Then there is the possibility of interrupting a natural process. Stop the spin of a hadron and we have no idea what might happen. Stop the spin of an electron in a star and the star might stop its fusion. Just think what would happen if the Sun suddenly went dark after we sent something into the past or future?
That is a simple version of what could happen.
We could change the state of something and all matter everywhere atomically flies apart at the speed of light. We wouldn't even know we messed up, just poof, everything is gone.

As much as I think time travel would be cool, I also realize there are unknown dangers we haven't even considered.
Unknowns which might make for really good science fiction stories or plot elements.
Or...you can just go with the outdated, limited view of time travel.
E

When you jump up you move with the Universe. Nothing changes. IF someone invents a mechanism to move out of current time and they try it they will be obliterated.

ElderChao said:
When you jump up you move with the Universe.
Click to expand...

Ya lost me? Can you rephrase?

One fact of the Universe is that everything changes, constantly.
Nothing is the same, anywhere from one moment to the next.
The changes are not like a directional wave from a butterfly effect but more like a great Universe-sized pot of boiling liquid in multiple dimensions.
Presence of mass and absence of mass both affect the static state of the Universe but in different ways. Quantum fluctuations, particle force pressures and intensities, even waveform amplitude add to the chaotic nature of the current state of the Universe.
That current state changes moment to moment as the static state changes moment to moment.

Its not like shooting a ball at a target date.
The ball changes the static states.
Once the static states change the Universe changes.
There are too many variables to predict.
Depending on how fragile or robust reality actually is, it could have no effect or it could cause a cascade failure that immediately ends the Universe.

Many people think time is like a series of pictures that create a movie of time.
In a way that might be true but each picture (static state) determines the next.
The changes from 'picture' to 'picture' are beyond extreme resolution. 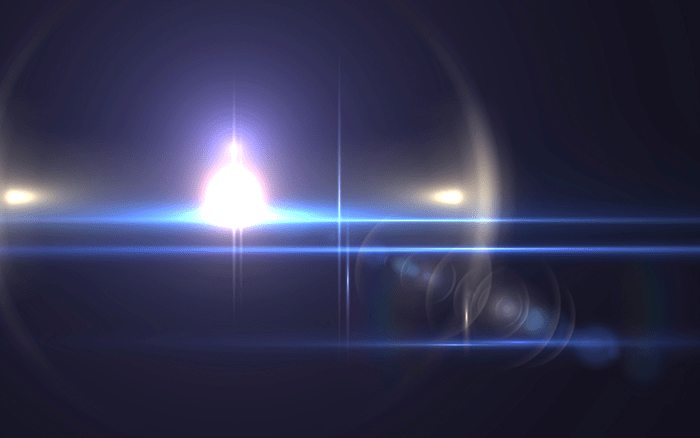