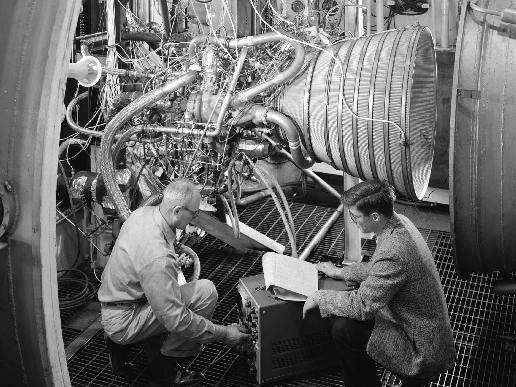 In this image, engineers test the RL-10 engine in NASA Lewis (now Glenn) Research Center's Propulsion Systems Laboratory. Developed by Pratt & Whitney, the engine was designed to power the Centaur second-stage rocket. Centaur was responsible for sending the Surveyor spacecraft on its mission to land on the moon and to explore the surface in the early stages of the Apollo Program. Image Credit: NASA (More at NASA Picture Of The Day)