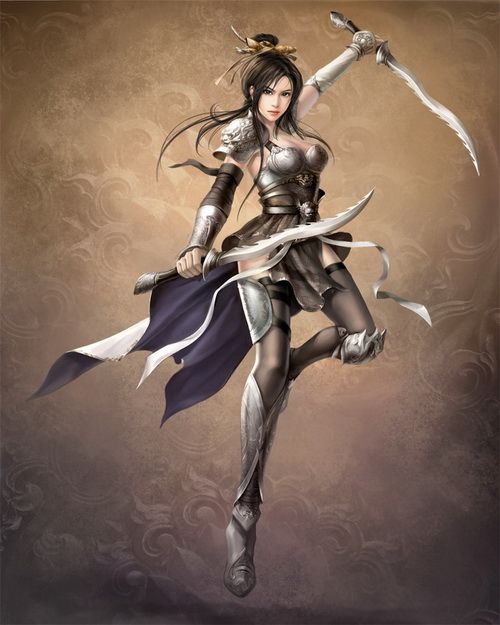 Celtore was purring a tune the dragons often sung. Colly was flitting about the room, her never ending curiosity getting the better of her foul mood. She managed to find an alcove which looked like it was made to house fairies. It was even adorned with small furniture. I got a shiver when she showed me. The elves seemed to know who I’d be traveling with, and have time to prepare the room just for us. And here I thought we had shown up unannounced. I couldn’t help but wonder what else they knew.

I found my way to the balcony and looked out over the wondrous elven city. My thoughts immediately turned to Erai. How could she choose to leave this beautiful place? Granted, the elves seemed fairly arrogant, and she did hate pomposity, but this was heaven on earth… Or heaven in earth, as the case was. And she obviously missed her people. It all just didn’t add up.

A rap at the door pulled me from my brooding thoughts.

“Come.” I shouted from the balcony as I made my way back into the room. Celtore was snoring lightly, and Colly was nowhere to be seen.

A funny little man poked his head in the door, looked timidly at the dragon, then cautiously around the room before entering.

“D-dinner is served.” He managed, as his eyes darted warily around the room.

I smiled warmly at the small elf. “Relax, Celtore is as kind as a kitten, unless you’re an enemy.” Then with a thought I added, “Are she and Colly invited to dinner?”

The elf seemed to tense even more. “Y-yes, all your guests are invited, Chosen One.” His eyes finally rested on me as he bowed, graciously.

The title came as a shock. I wasn’t sure if they knew about the prophecy, or if they would accept me as the Chosen One, but after my encounter with the Blue Rider earlier and again with the guards in the hall, I didn’t expect them to honor me in any way.

I placed a hand reassuringly on the young elf’s shoulder. “Thank you…”

“Thank you Geoffry. Can you show us the way?” The elf bowed again then headed for the door, still looking frantically around the room.

“Colly, Celtore! Time to go girls.” I shouted, still not knowing where Columbine was hiding.

Much to my surprise, the fairy darted out from the crook of Celtore’s neck. The two were snuggling together, taking a nap. It was the strangest behavior either had ever exhibited towards one another.

Geoffry cringed when he saw Colly, and hurried the last few paces out of the room to the safety of the hallway. I couldn’t fathom why he would be afraid of Columbine.

Celtore yawned and stretch, much like a cat would upon waking from a nap. She still had a hazy look in her eyes, having only gained a few minutes nap, but rose and followed us out of the room.

Geoffry was jittery the whole journey, checking frequently that the fairy wasn’t close to him. Colly didn’t seem to notice, or care, but I couldn’t help but wonder at the strange behavior.

We finally came to a large set of doors.

“Wait here and I’ll announce you.”

Geoffry opened the oversized doors and stepped confidently into the room; the first sure step I had seen him take.

“Announcing, Lord Apocalyptist, the Chosen One of Gaia, protector of the realms, Soligath, Loligath, and betrothed to Eraisuithiel. His Soul Dragon, Celtore; King of White Dragons, fallen King of Blue Dragons, Leader of the Defending Corps, and Defender of the Snow Realm. And…” His voice faltered as he looked back at us unsure of himself again. “Columbine Iceweb, from the fairy realm.” There was a mumbling from the host of elves gathered around the many tables in the banquet room.

I looked over at Colly who was beaming with a proud smile, obviously self-satisfied with the reaction.

The elven king raised a hand to welcome us and Geoffry proceeded into the room.

As we followed I whispered to Colly, “What was that all about?”

I felt like there was more to the story, but I let it drop as we made our way to our seats. It seemed that we were the last to be seated. I was placed next to Marus, whom I hardly recognized all dolled up. A large clearing was made on my other side for Celtore. I thought it strange that they wanted the dragon to eat with us, but the king’s golden dragon was at his side, and, somehow, it looked natural. I could feel Celtore’s elation at being allowed to eat indoors with me.

“Don’t get used to it.” I said through the link.

She just smiled a dragon’s smile as she looked excitedly around the room.

All the rest of our party was there. All but Erai.

My anxiety level rose. I shouldn’t have let them take her away from me in such a hostile environment. The elves were not shy about showing their distain at allowing a dark elf back into their city. I did not like the prospects.

The king’s man-servant announced dinner, and a procession of waiters carrying all sorts of trays marched into the room. Each meal was placed carefully in front of the guests, then, all at once, the silver coverings were removed. All from our party gasped.

On my plate was the most succulent lamb’s leg I had ever seen. Mashed potatoes and gravy, corn, and small portion of smothered onions graced the plate in an appetizing display. It was my favorite food. I had no idea how they knew. Everyone had a different plate, and each seemed to be just as delighted as I was at seeing their dishes. Celtore had a plate of two suckling pigs stuffed with bull’s meat, cooked in the way, that up until that moment, I thought only I knew how to do. She looked at me with an excited glint in her eyes. Though I too was impressed, I couldn’t help but feel even more uneasy because of the meal. What had I gotten myself into?

The king’s man made another announcement, and all the guests began to eat. My food was beyond excellent, but I had a hard time enjoying it because of my worry for Erai. My heart finally got the better of me, and I asked the king where she was.

“Well, I was going to wait until after dinner, but I suppose a show while we ate is not a bad idea,” he said with a glint of irritation in his eye.

“Let the fallen one enter and prove herself!” He called out to the guards at the back of the room.

The Guards pulled open the doors and a procession of twenty more came in, surrounding a woman. When the guards stepped away, I was able to see that it was Erai! She was wearing rags, her hair was disheveled, her hands were bound, and the skin looked red and sore around the ropes. She looked to have been crying.

“What is the meaning of this!” I was already over the table, rushing towards her. A wall of elven guards seemed to appear in front of me, out of nowhere.

“This is the price she must pay for her sins against her people,” the king answered from behind.

My blood was boiling. Everything happening around me was a slosh of insignificance. I dimly realized I had busted my way through the wall of guards; seven lay unconscious on the ground. I was being held back. Two were holding each of my arms, and one was on the ground with an arm gripped firmly on each leg. Several spears were in my face, and the king was yelling some orders. Celtore was not happy.

I borrowed strength from Celtore and batted away the two guards holding my right arm. Their shinny armor glinted as they flew a good ten feet in the air. With my newly freed hand I grasped two of the spears in my face and flung them, along with the elven guards who wielded them, to the side. Through the clearing I was met by those hauntingly beautiful grey eyes.

Erai said nothing. She just shook her head, and placed a hand lovingly on my cheek.

“Why are you letting them do this to you? You don’t have to. I won’t allow it!”

A tear formed in her right eye before scrolling slowly down her cheek. She still remained silent, but flashed a tight smile and shook her head again.