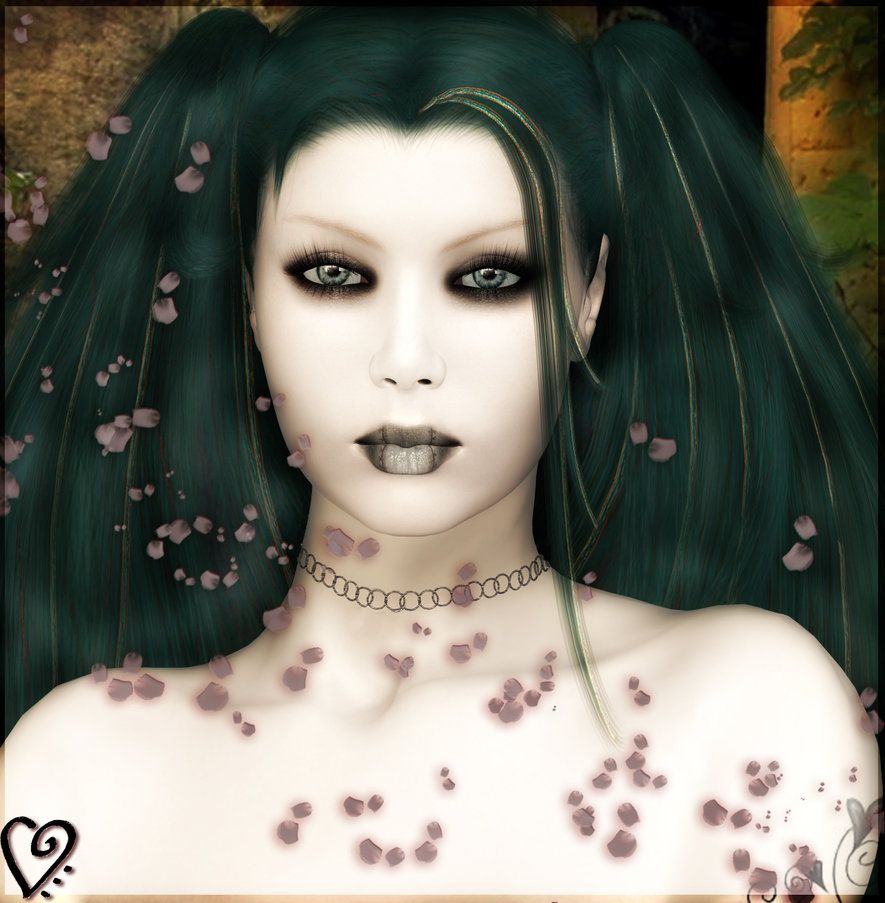 Sound was jumbled in a discombobulating ruckus. My head was pounding and my ears were ringing. I wanted nothing more than to slip back into unconsciousness, but an annoying warm power was pulsing slowly through my body, forcing me to wake up. It started at my chest; there was pressure there like someone was pressing down firmly in the center, then it rolled lazily out through my core and down my limbs. When it reached the extremities, it bounced back, gaining speed as it did. Slowly, my body was being woken up to its state of pain and shock. My mind did not want to follow. I fought the light, fought the power, but I was too weak to fend it off with any success.

As my limbs woke, I felt a soft hand in mine then I noticed the fingers trailing through my hair. It was as wonderful of a feeling as I had ever felt. That gentle caress was what convinced my mind to shake off the chains of unconsciousness. I had to know who it was.

I opened my eyes. The light seemed to sear my brain. Tears ran down my temples as I tried to blink away the sting. My head was throbbing. I tried to shake off the feeling, but the movement only served to add a spinning sensation to the pain. Someone was speaking to me, but the ringing in my ears made it seem as if I were listening from under water.

Through my blurry vision I could see shadows of at least five people. More voices joined the first and the world was an orchestra of chaos. With all my strength I was able to hold up my free hand to stop the people from speaking. Slowly, the noise died down. The first voice spoke again, it was a little clearer, but I couldn’t make out the words, just yet.

“Apocalyptist? Can you hear me?” He repeated.

It was Marus. His form started to take shape. It was his hand on my chest, him who woke me, his magic I couldn’t fight off. I didn’t know why, but I resented him at that moment. I wanted his hand off me. I wanted him away. With a feeble push, I removed his hand from my chest. Then a beautiful voice sounded clearly in my ear.

“Thank the elders you’re okay!” Erai bent over and kissed me firmly on the lips. It was her hand in mine, her fingers running through my hair. Somehow, I knew it was her. No one else could make me feel so good.

I tested my voice, but only a weak whisper hissed out, “Of course I’m okay. I haven’t killed the Phantom Lord yet. The prophecy’s not done with me.” I tried to smile, but from the looks on all the onlooker’s faces I knew it was a closer call than I would ever want to admit.

“How could you be so stupid, young one?” Marus scolded. “Have I not taught you the dangers of healing such fatal wounds? And what is this magic you have used? I never taught you such vile magics.” He looked accusingly at Eraisuithiel. “I can’t imagine where you have learned such things.”

She didn’t even look up at the accusation. Her eyes were locked with mine, staring lovingly into my very soul. It was a little unnerving to see her eyes. I had grown accustomed to the dark orbs. Surprisingly, the beautiful gray irises were more unnerving to me than the voids that used to grace her otherwise flawless face. She almost seemed a different person. It scared me a bit to see such emotion from her.

“I needed to save them,” I said, with a little more force in my voice. “I am nothing without Eraisuithiel, and I am nothing without Celtore. They were both in danger. I was injured and could not save them both. Something took me over and did what I could not.” I broke the loving gaze to look at Knight Marus. “Would you really have me do any differently?”

His face flushed a bit, but he shook away the human emotion. “You know I would, Apoc. You are the Chosen One. Your life is worth more than Eraisuithiel’s or Celtore’s or both together. You are our only hope against the Phantom Lord and his hoard.” His stern façade faltered a bit as he looked at Erai, then back at me. “You know that,” he added, almost as a plea instead of a statement.

“No.” I said, flatly. “I don’t.” Marus was visibly taken aback by the remark. “I would not dare to call myself the Chosen One if I weren’t willing to sacrifice my very life for the one’s I love.” Everyone murmured; there were far more people in the room than I had originally thought. I looked around and saw the faces of several of the council members. Only one was smiling; Seth. I smiled at him, relieved that he was not killed in the assault on the fairy glade and that he understood what I was talking about.

“Yes!” I said as forcefully as my weakened lungs would allow. “I know exactly what is at stake. It’s love, friends, family, freedom, the very fabric of life as we know it.” I looked around the room. Several of the council members were looking down ashamed. “What would I be if I didn’t fight for those things?” I paused dramatically. “I’d be the same as the Phantom Lord; another being with immense power trying to exact my will on everyone less powerful than I.” I shook my head and looked back at Knight Marus; staring deeply into his soul, “I fight for the ones I love, not for something I want. I fight for their lives, not my own. I fight for their freedoms. I fight for all of you because I love you.”

Tears started to fill my eyes. I looked back up into Erai’s beautiful gray eyes. “I love you… With all of my heart. I need you. You are my reason for living. I didn’t realize how much you meant to me until I saw you laying there bleeding to death. I can’t be without you Eraisuithiel. Just as I share a soul with Celtore, I share my heart with you. You are a bigger part of me than I could have ever imagined.” The rest of the room seemed to fade away. It was just Erai and I.

I looked deeply into her eyes, “Eraisuithiel, I know I won’t live but a fraction of your life, but for that brief moment, will you be my bride?” Her eyes went wide. An astonished gasp passed through the onlookers. I didn’t care. It was just her and I. I wanted to be bonded to her in every way I knew how. We had already shared so much; this was just another thing that would bring us closer.

Her cheeks turned a purplish hue as she looked, embarrassed, around the room. I took her other hand and with the little strength I had left, pulled her attention back to me. “I mean it, my love. I want to share the rest of my life with you. I love you, and I won’t be complete without you.”

The purple hue left her cheeks as she looked deeply into my eyes. “When you healed me, you took much more than the physical pain.” I nodded my head. I knew I had. I felt the shame she bore. I felt her guilt over every horrible deed she had committed under the influence of the Phantom Lord. I took that, along with the physical injuries.

She looked down, self consciously, “How can you love me after knowing all of the evil I have done?”

“Because you came back,” I said without hesitation. “It is easier to avoid doing wrong than it is to do wrong and repent. You are a marvelous woman, Erai. I love you because of your past. You have come from such darkness, all by yourself. Even when the very people you are trying to protect hate you because of your past, you still press forward. You are a wonderful person because you want to be, not because someone expects you to be, or because you are blindly following what others have taught you your whole life. You are better than I. I choose you because I will have to strive with all my might to be a mere fraction of the hero you are.”

With tears streaming down her cheeks she nodded her head. “Yes.” She managed. “Yes, yes, yes!”

Seth cried out a cheer, startling the awe-struck group. The other council members recovered from their shock and clapped uncomfortably as Erai embraced me. I held her for as long as I could. Others pulled her away to shake our hands and congratulate us.

To my surprise, Marus was fighting tears as he hunch down to embrace me. “I couldn’t pick a better mate for you, son. Not in all the years I’ve walked the earth have I met such a match. I hope you’ll forgive my short sightedness.”

I embraced him harder as the tears freely flowed down my cheeks. “Thank you, Marus. I think of you as a father, and nothing would please me more than if you took the place of my father at the ceremony.” He nodded into my shoulder. I could tell he was fighting tears of his own and didn’t dare to trust his voice. He pulled away and Erai took his place.

She kissed me deeply, then pulled away to look into my eyes. “I love you, Apocalyptist. You have saved me from myself and shown me what I can be. I only hope I can live up to your expectations.”

I placed my hand on her cheek, “my only expectation is for you to be you. I love you the way that you are.” She nodded as the tears began to flow again.

I was still lying in the cot they had laid me one to heal me. I recognized the room as the infirmary just of the council room. I tried to sit up, but could not.

“Easy, young one.” Marus said, as he eased me back down. “It took all my power and every healing trick I have learned over the past ten thousand years just to bring you back from the brink of death. You are not healed. It is up to your body to do the rest.” I could feel the stitching in my back rubbing uncomfortably against the bedding. So I just nodded as I let him ease me back. “I still think you were reckless,” He added, half under his breath. When I shot him a glare, he amended, “But I would expect no less from someone as great as you, son. No less.”

continue on my blog at dragonsoulsbywjnixon.blogspot.com