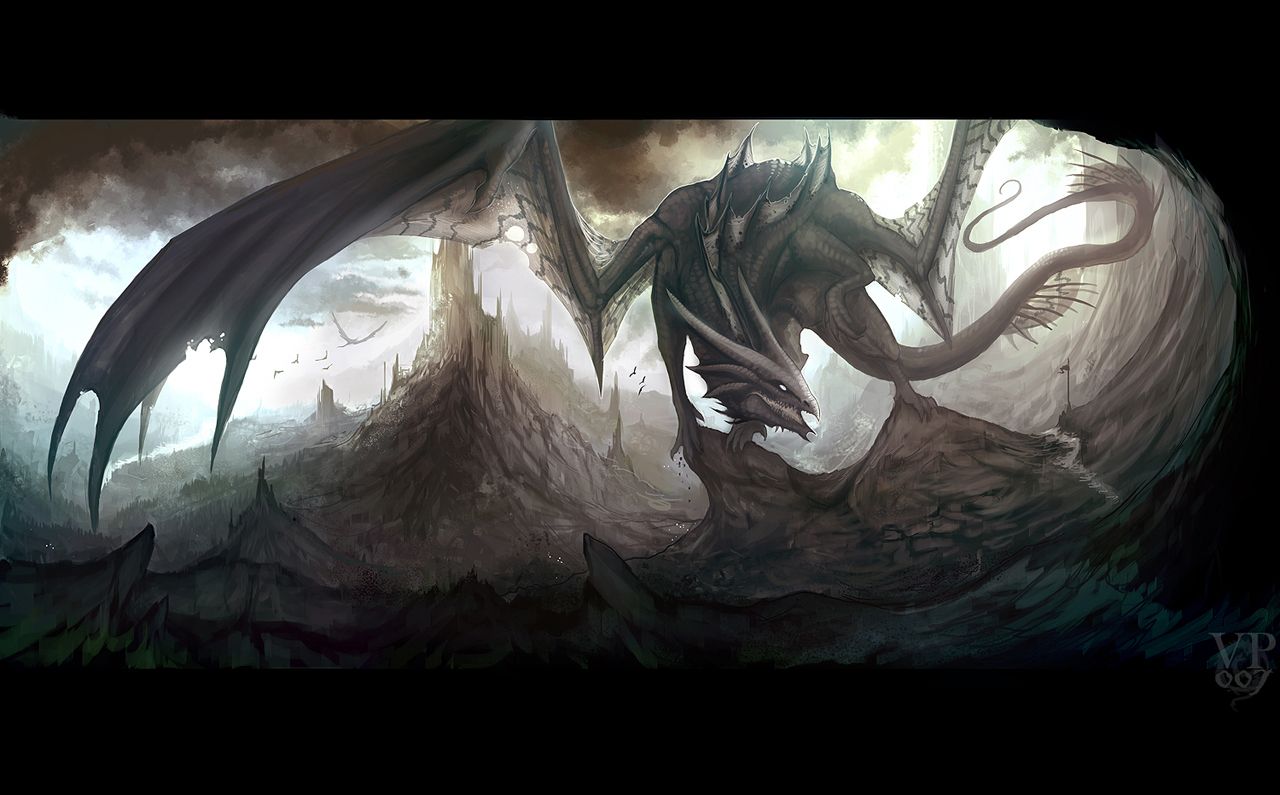 Men all around me were burning. I could smell the awful stench of burning flesh mixed with a sweet aroma of cooking meat. There was a thick mist of smoke in the air. The forest was all ablaze. As I moved slowly through the trees I could smell something just ahead of me. It was a familiar smell, but I couldn’t put my mind to what it was. Suddenly I lifted off the ground, and started moving at incredible speed through the forest. Trees turned into a blur as I dodged left, right, spinning occasionally, and dropping low only to rise again. I could see the flow of the ground streaming under me like a raging river of leaves and dirt. Occasional branches struck me only to be shattered into a million pieces as I bellowed past.

I slowed, and jolted slightly as I touched ground. The smell was stronger now. My mind recognized it as the sweat of men. I knew their smell. The campfire in the distance was a speck of light in the dark forest that would otherwise only be lit by the eerie yellow glow of the slivered moon up ahead. None of the animals moved. They all feared me. I didn’t bother myself with small prey, even for a snack, their fear bothered me. I felt lonely as I thought of all the little animals huddled together, lying perfectly still, trying to avoid my talons. The loneliness quickly turned to anger as I heard one of the men’s boisterous laugh. Men were such petty beings. How could any of the other dragons serve them? They obeyed like they had no mind of their own. I knew better. I would be subservient to none of the bipeds. Who was man, to be given dominion over all of the earth? These men had just lost hundreds of their comrades, and here they were laughing. There was no honor in them.

I reaffirmed my resolve to silence them all. They thought they would be safer if they broke up into groups and spread out. It didn’t matter to me. I had killed them all, just the same. These were the last five. It would have been faster to kill the whole battalion if they were all together in one camp, but dead was dead, and I had nothing better to do all night. The one laughing was especially odorous, which made tracking them that much easier. I slowly slithered my way the last 100 paces to their camp. No sound came from my movement. For some reason this surprised me. I must have been a large creature, but it seemed that not even the leaves crushed under my weight. It seemed to make sense, but at the same time, my human mind couldn’t remember or understand why I knew that it was easy for a dragon to be silent. I didn’t really have to be silent. After all, these were the last of them. I could come right out and attack, but I figured it was good practice to do it stealthily.

The man on the opposite side of the fire looked up only in time to have his eyes melted out of their sockets. The pain from the fire in my mouth and throat was excruciating, but I was practicing stealth so I didn’t whelp as I projected it into the circle of soldiers. The five men were crisped before any of them could as much as let out a scream of pain. Fire shouldn’t kill so fast, but I found that if you could mix a little bit of acid in with the flame, it would sink in quicker for a quiet death. I didn’t know why I preferred stealth to bold confrontation. It’s not like the puny humans could harm me, but I just felt that it would be prudent to do it quietly.

I hated having to do it at all. Not because I didn’t like dispatching the pitiful lot of men, but I didn’t like having to protect the boy; it made me feel like I was a slave again. I fought vigorously to free myself from my last master, and have lived out of captivity for most of my life. Still, I could always feel the encompassing embrace of my true captor. I just couldn’t seem to completely free myself from the oppressive hand of man. One day I would be able to free myself even from this one who holds the cord on my life force. I cursed the ancients for whatever they did to deserve this life of ignorance, and slavery the noble dragons now had to endure.

Suddenly I felt my other consciousness become aware of my presence in his head. The beast roared in outrage. “How dare you seep into my private thoughts! I should have just let these men kill you! At least then it would be over, and I would be free of you.”

My mind was pushed out of the body and placed in front of it. I was facing a large dark beast. Sleek black scales with glint of silver outlining around each one covered the entire body. The face was scarred. Scars didn’t seem to have a place on the face of a dragon, but he had hideous large gashes all over his face and chest. There was a large fresh cut on the black beast’s forehead that couldn’t have been more than a few weeks old. It didn’t make sense. I had been in that body. I knew those black and silver scales were an impenetrable armor. I couldn’t imagine the blows that would have caused such hideous scars on such a solid surface.

“I may have to protect you, human, but you can’t control me!” The dragon’s voice didn’t come from its mouth. It was in my head. The world seemed to shake as its words ricocheted off the inside walls of my skull.

Freezing cold water shocked my body. The forest blurred past as my conscious was thrown miles back into a small opening of a cave. I felt myself sitting up, soaked with water. I heard my voice cursing Goldor, “Do you have to do that every morning? I’m going to get sick from the cold water and wet clothes one of these days.”


Continue reading on my blog at dragonsoulsbywjnixon.blogspot.com