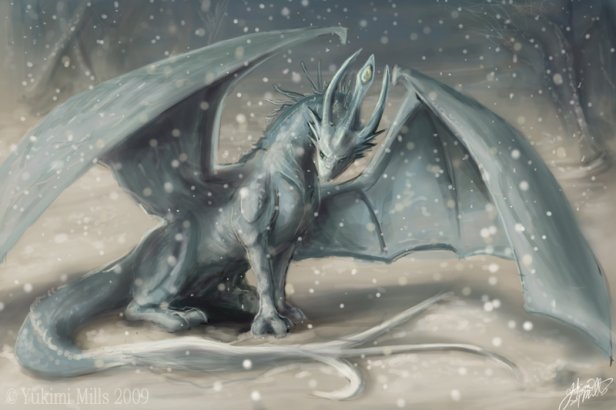 Chapter 9, "The Chosen One"


By the time we reached the city center, our small wedding party had already assembled. Erai had invited only two people; Nelly, one of the women whom she had become particularly close to while planning the wedding, and Emily, a young deaf girl who had always followed her around, even before she had become the craze with all the town’s folk. Marus was there, of course, and I had invited Seth. Celtore and Colly were there, too. I was worried about them because they were so different in proportion from humans, but Marus had assured me that size had nothing to do with the magic he would cast, all that mattered was quantity. The last four places were filled by council members who would act as witnesses to the marriage. I was a little put off by the way they were chosen; it became a title of prestige instead of a position of love and respect. As a result, the four most pompous and out-spoken council members were filling the spots that I would have much rather given to some of my dragon corps, but the excitement of the occasion, numbed me to the insult.

“Are you ready young one?” Marus asked as soon as we were close enough that he could speak without yelling.

“I need to stop at my room and grab a few things first,” I yelled, not trusting my voice to carry as well as his deep baritone did.

“We’ve gathered all your things,” Nelly butted in, gushing with excitement. “Everything’s been taken care of! All you love-birds have to worry about is walking down the aisle!” She scrunched her face in thought, “Elves do walk down an aisle don’t they?”

Erai laughed, “Of course they do. Our cultures are not all that different. We did stem from the same family lines of Gaia, after all.”

Nelly was beaming as she cut the rest of the distance to us, taking Erais free hand in hers, “Oh! I’m so excited! To think, yesterday I was just a tailor’s assistant, and tomorrow I will be in the magical city of the elven people with the most important couple in history, to share in the most important event of their lives!”

She was a beautiful girl, late teens or early twenties. She had long curly brown hair with eyes that matched perfectly. She still had some of her awkward adolescent features and blemishes, but they didn’t detract from the beautiful woman she was becoming. I had hardly gotten to know her as I was bedridden for the week her and Erai had become friends. She was nothing like Erai.

I wondered at how they even became friends. This girl was as ‘girlie’ as they came. Her dress had a spring flower pattern, she wore an oversized ribbon in her hair, had a heavily painted face, earrings, necklaces, and bracelets. She just didn’t strike me as the type of girl who would have anything in common with a ten thousand year old elven warrior who had turned to black magic, done unspeakable things, only to repent and almost begrudgingly return to the path of light. In the end, I decided that it was because of their differences that Erai liked her. Nelly was everything that Erai was not; as far away from her old life as she could get, and I supposed that was what she needed right now.

The one thing I didn’t like, however, was how everything seemed to be about her. She lived in a very small world that she thought revolved around her. I had to shake off the feeling so that I could smile and nod politely. Nelly took that as me understanding and let out a little squeal before dragging Erai and I the rest of the way to our group.

Emily was smiling warmly, but she stayed back a ways. She was younger, perhaps thirteen or fourteen. I always figured that she was just shy because I never saw her interacting with anyone. It was only after Erai told me that I learned she was deaf. She was a plain girl, straight dark blond hair, with eyebrows that seemed too dark to be her own. She wore a plain black dress with no adornments. And she never looked anyone in the eyes; instead, she watched their mouths as they spoke so that she see what they were saying. I had grown accustomed to her as she had been a shadow to Erai for the last four years, though I never learned how they became friends. Sometimes, she would seem to appear out of nowhere where ever Erai happened to be. I wondered if she was around us more than I knew.

The four council members barely acknowledged our presence, which was fine with me because I didn’t want to pretend at all the niceties.

Seth, though, cut the last two strides to us and shook my hand heartily. “I’m so happy to be here! I can’t say how happy I am for you two.” He looked at Erai with a twinkle in his painfully blue eyes. His unruly red hair stuck out in every direction, and even though he had shaved, a shadow of a blondish red beard pushed to be seen on his cheeks, chin, and neck. His face had more freckles than not, but the whole effect looked natural on him. “Why, I remember when I walked my Ellie down the aisle.” He beamed even brighter at the thought. “Geese, it seems like only yesterday but it’s had to have been five or six years by now.”

Erai took her turn at his hand, and though he pumped vigorously, and at at least twice her size, her finely honed muscles didn’t let him shake her body an inch. She smiled warmly at him. “Thank you for always supporting Apoc. There are so few that do, it’s nice to know that he has someone on his side.”

The other council members took notice at her remark and tried, fairly unsuccessfully, to add their ‘deepest’ gratitude. Gushing how ‘happy’ they were for us. Seth and I stole a glance and both broke out in laughter, causing the others to look worriedly at each other.

Through all the chaos, Celtore’s voice sounded clearly in my head, “Soul Brother.” I stopped laughing and looked up at her. “Is it truly your wish to be joined to the dark elf woman?”