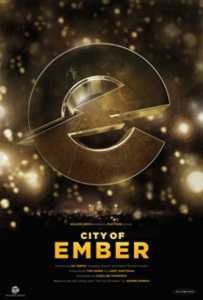 
Two kids struggle to escape from a world of darkness, where there is no moon, no stars and the only source of illumination comes from giant flood lights that shine for twelve hours at a time. For generations, the people of the City of Ember have flourished in an amazing world of glittering lights. But Ember's once powerful generator is failing... and the great lamps that illuminate the city are starting to flicker. Now, two teenagers in a race against time, must search Ember for clues that will unlock the ancient mystery of the city's existence, and help the citizens escape before the lights go out forever.

Based on the first in a series of novels by Jeanne DuPrau.
Last edited by a moderator: Oct 16, 2015