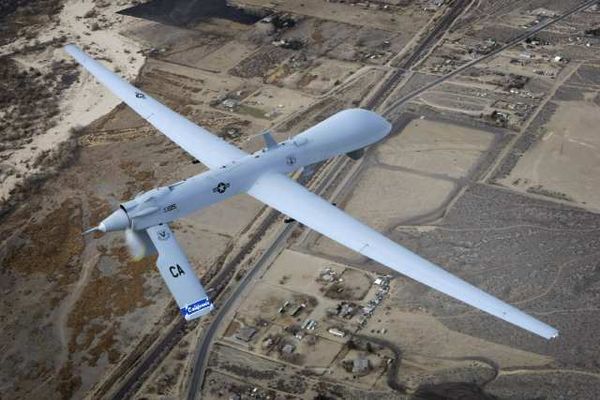 LA Times said:
A computer virus has infected the U.S.-based cockpits of the military’s Predator and Reaper drones, according to media reports.

The robotic planes are controlled remotely from Creech Air Force Base in Nevada as they fly above Afghanistan, Libya and other war zones. The drones are manufactured by General Atomics Aeronautical Systems Inc. at its sprawling campus in Poway.

The virus, first reported by Wired magazine's defense blog, is allegedly logging pilots every keystroke as they carry out their missions. The article, which relies on unnamed sources, says the virus was first detected two weeks ago and has remained on Creech's computer system despite multiple efforts to remove it.

“Military network security specialists aren’t sure whether the virus and its so-called ‘keylogger’ payload were introduced intentionally or by accident; it may be a common piece of malware that just happened to make its way into these sensitive networks,” the article says. “The specialists don’t know exactly how far the virus has spread."

Reuters posted a story that says the drones continue to carry out missions even with the virus. The article also quotes an unnamed source who said: “Something is going on, but it has not had any impact on the missions overseas.”

The Creech Air Force Base public affairs office responded to inquiries about the reports with the following statement:

"We generally do not discuss specific vulnerabilities, threats, or responses to our computer networks, since that helps people looking to exploit or attack our systems to refine their approach. We invest a lot in protecting and monitoring our systems to counter threats and ensure security, which includes a comprehensive response to viruses, worms, and other malware we discover."