hmmm so i wonder how he got into the freemasons, and whether they still do massiove jobs we never realise
S

I believe the JFK assassination was a conspiracy because my Cold War class spent six weeks investigating it "Dallas CSI" lol and we used government documents and no, I do not believe that was one lone gunman. The autopsy reports from Parkland and Bethesda hospital alone are suspicous. My teacher who shares my theory is an all American guy that loves our government, he is "red, white and blue; through and through" but he's not naive about its "holes". We actually did consider taking a field trip to Dallas but because of time and the fear that all 31 one of us (including our teacher) would be killed by one "magic" bullet, we chose to do our investigation from a distance. Although, I think it would be very amusing to see 30 high school seniors and one Cold War teacher/ex-US ranger snooping around on the grassy knoll in Dealy plaza lol.
H

^^ I agree with you about the assassination, I wrote my thesis on it last year, and I just think there's too much evidence for one...than against one. and what you said at the end...LOL!
C

hmmm yeh i totally agree, i did an assessment on it, and there are way too many coincidences. If the FBI are gonna do something they might as well do it cleveryly. like marilyn monroe. There is no way that lady killed herself
S

I also believe that the Kennedys know more about JFK's death then they're letting on. I mean, they are one of the most powerful families in America! I think it's suspicious that when they were in posession of his brain, that it suddenly went "missing", along with the x-rays of it as well. How can a brain become missing? I'm assuming that after they were told the truth about his death, the Kennedys destroyed the brain and x-rays so that we (the public) would never find out the reason behind his death.
C

hmmm well i think there is more about the death of lee harvey oswold, why didnt the fbi, protect him more? why was he escorted where a member of the public knew he was? why did his story change?
G

Location
My home is the Romance Fiction Thread

I just say FED!
Did somebody already heard about "The Hollow Earth Theory"?

hmm and of course that is plausible

... thanks for explaining it
G

Location
My home is the Romance Fiction Thread

No I meant that:

very. never heard of it before until now! heh. interesting tho.
J

the discovery of Hitler's body is also another fascinating conspiracy theory. the russians claimed to have found his body in a bunker in 1945. they maintained that they found his burnt remains which does not align with the photos of his corpse released by the media.


what does everyone think?
X

Hitler is still alive man.. He was the first successful test subject of Project Helix.
J

hahaha!! so true. and he's drinking out of his own Rambaldi elixir of life like sloane!
C

ALIAS_RULES said:
I saw a CNN video of 9/11, and when one of the planes crashed, the smoke made a shape like a devil or something...
Click to expand...

Paredolia- seeing what one wants, when conditions are favorable, yet it’s a matter of perspective. Mindzeye 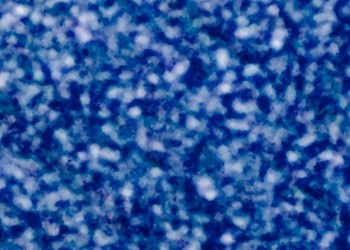 Joey's Pizza? said:
the discovery of Hitler's body is also another fascinating conspiracy theory. the russians claimed to have found his body in a bunker in 1945. they maintained that they found his burnt remains which does not align with the photos of his corpse released by the media.

Coincidentally, this just aired recently on a NatGeo show about WWII. Apparently the Russians came across multiple "Hitler" bodies with the first being a state stand-in and is the body that was shown intact on the newsreels while the second body, discovered after finding out the first was not the real person, was the one found in the bunker burnt.
You must log in or register to reply here.
Share:
Facebook Twitter Reddit Pinterest Tumblr WhatsApp Email Link