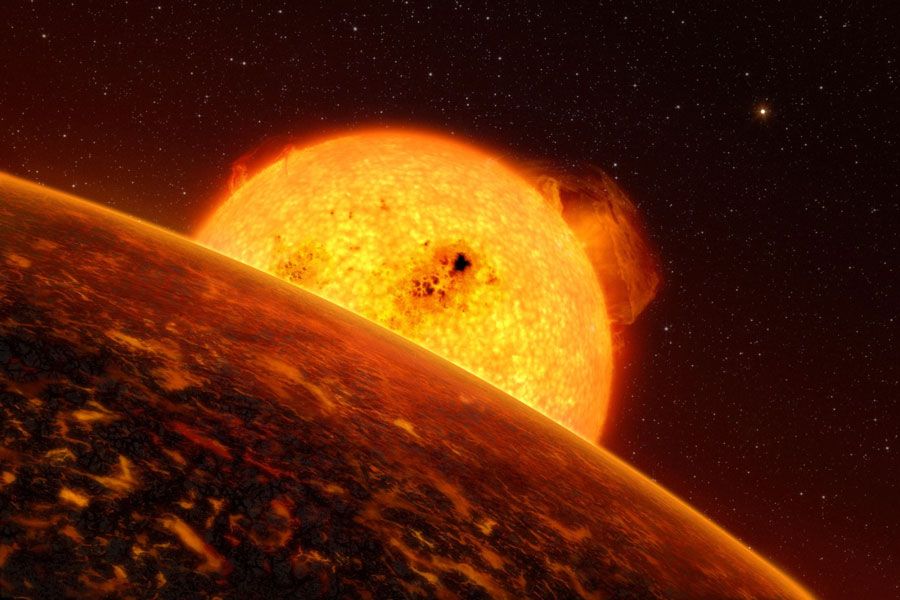 Explanation: How similar is exoplanet CoRoT-7b to Earth? The newly discovered extra-solar planet is the closest physical match yet, with a mass about five Earths and a radius of about 1.7 Earths. Also, the home star to CoRoT-7b, although 500 light years distant, is very similar to our Sun. Unfortunately, the similarities likely end there, as CoRoT-7b orbits its home star well inside the orbit of Mercury, making its year last only 20 hours, and making its peak temperature much hotter than humans might find comfortable. CoRoT-7b was discovered in February by noting a predictable slight decrease in the brightness of its parent star. Pictured above, an artist's depiction shows how CoRoT-7b might appear in front of its parent star. The composition of CoRoT-7b remains unknown, but given its size and mass, it cannot be a gas giant like Jupiter, and is very likely composed predominantly of rock. Future observations will likely narrow the composition of one of the first known rocky planets discovered outside of our Solar System.