In this thread the goal is to create a paragraph or five based on the specific criteria concerning "The Sliver".
Before I start giving the details on that criteria, Here are some rules:

There is no limit as to how you express yourself as long as the criteria are met.
I am in the US. If you wish to use metric equivalents you may.
Your creative content can be 'Before', 'After' or 'During' the event.
You may create in any 'person view' you want. 1st person, 3rd person, descriptive...etc...
Keep foul language to a minimum.
Any ideas you get from what I write you may freely use without my permission.
Get permission from all other participants before you use their content.
The time frame for 'The Event' is tomorrow at our present technology.
There are no superheroes, magic or established AIs.
Your content should be as close to realistic as possible.
'The Sliver' scenario is unrealistic and fantasy but your content should be concerned with how it is perceived.

This is a story building exercise. You may use any form of expression that applies to your creativity as long as it is in alignment with the criteria. All entries must fit in the character limitations of a single post. If you want to expand upon your work you may do so in your own topic, your own short story, novel, movie or publication.


The Sliver
​
Far above the galactic plane of the Milky Way Galaxy, 140 Million Years Ago, A giant star went Super Nova and shattered a nearby long dead dwarf star. A sliver of that star started its long journey that ultimately ends in our Solar system.
Along its way, various gravity encounters have slowed this sliver of super heavy material. We first detect its influence slightly between Mars and Earth. We noticed not the sliver but the changes in known asteroid trajectories. It was just under one million miles away and moving at 120,000 mph when we finally detected the actual sliver itself.
The Sliver is 250 miles long, three miles deep and one mile wide. It has a density of 1 million pounds per square inch. It is similar in appearance to a jagged knife edge. It is slowly tumbling end over end.
The sliver impacts the Earth and bores down to the core and embeds itself in the Inner Core.

I fear that any impact with an object that size/mass would break earth into pieces like a glass dropped on stone.

perhaps a when-worlds-collide scenario in which it merely passes near enough to affect things. like Rendezvous with Rama, we'd send flights out for a close look.
or maybe a smaller object that impacts without severe geological trauma.

imagine it impacting in a remote area and the nations of the world scrambling to get teams there to investigate.
imagine part of it sticking up like a giant needle one could see for miles. imagine a guy in rural Kansas that doesn't watch the news and goes outside one morning and sees it off in the distance (huh?).

I could see end-of-the-world parties (a la 'Apocalypse CA', which I still haven't seen).

great fodder for at least a thought experiment. thx for posting

screenersam said:
I fear that any impact with an object that size/mass would break earth into pieces like a glass dropped on stone.
Click to expand...

I don't think that is a correct analogy. While 250 miles is pretty big to our scale it is not very big at all compared to the size of the Earth. 1 million pounds per square inch is pretty dense (1 cu/in of steel is about .3 lbs). The thing is, the planet gets denser as you near the inner core (about 51 million lbs per sq in). 120,000 mph is about average for the speed of a meteor entering the atmosphere. Since there is no specification of the speed the sliver is tumbling, it could impact on its point or on its side which would create very different scenarios. Plus, not only will the sliver slow as it approaches the core, the tumbling will decrease. The Earth is not glass or a frozen ball of ice. It gets hotter as you go deeper.

I would imagine there would be great crustal damage in the area of impact, perhaps even fracturing of a tectonic plate. The impact force would be absorbed by the mantle and outer core. The density of the sliver along with its momentum and any magnetic forces between the core and the sliver could make it impact with enough force to embed itself into the solid core. I believe that impact would be similar to striking a metal block with a sledge hammer. The Earth would ring like a giant bell.

Since the Earth is in space, the impact would also knock the planet out of its rotational position relative to the Sun. The Moon would either appear to move away or towards us. Depending upon where it hit and at what angle, the Earth's rotation will be affected. It could slow its current spin or begin spinning with the poles at the equator or any variation. This positioning effect would be slight. It would not send us careening out into deep space or into the burning Sun. Not like a billiard ball being struck by a cue but more like a bowling ball in a slight wind. Think shooting a needle from a gun at a bowling ball.

There would be earthquakes, volcanic eruptions, tsunamis, great avalanches and liquefaction on a global scale. The atmosphere would soon be saturated with particulates and temperatures would drop. If a tectonic plate cracks in half, sea levels will drop. Once the planet stabilizes, there would be pockets of survivors all over the planet except ground zero and vicinity.

Due to the increase in the planets gravity and the increase in outer core vortex movement those survivors would start experiencing may adverse reactions over time. The water cycle would change. The magnetosphere would change. The Earth would compact to a denser, smaller diameter. Most of the changes would be minimal at first. Life could still function but it would get harder. Harder to keep balance, breathe, build perhaps even drinking water would be difficult.

As life adapts, and life does adapt, things that we know may be quite different. Things that we all take for granted. With increased gravity, the atmosphere will be shallower and denser at sea level. The weather would likely change. Things that used to boil at certain temperatures may not boil. Water may not evaporate as quickly. Plants and animals will be stunted in growth. Once the atmosphere clears the entire planet may be bathed in a constant aurora. Night may no longer be dark.

i cannot participate but i can tell you this is a good book (Sliver (novel) - Wikipedia) and way ahead of its time....not as far ahead as dunns conundrum by stan lee, or the god project by same, but very pertinent considering the surveillance society we now live in....ira levin also did rosemarys baby, the boys from brazil, and some others....all his stuff i enjoyed....oh, and lets not forget the stepford wives! b 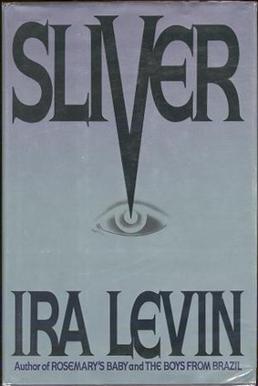 btw i highly recommend footfall by niven and pournelle, its fantastic and deals with large piece of space matter as weaponry....b