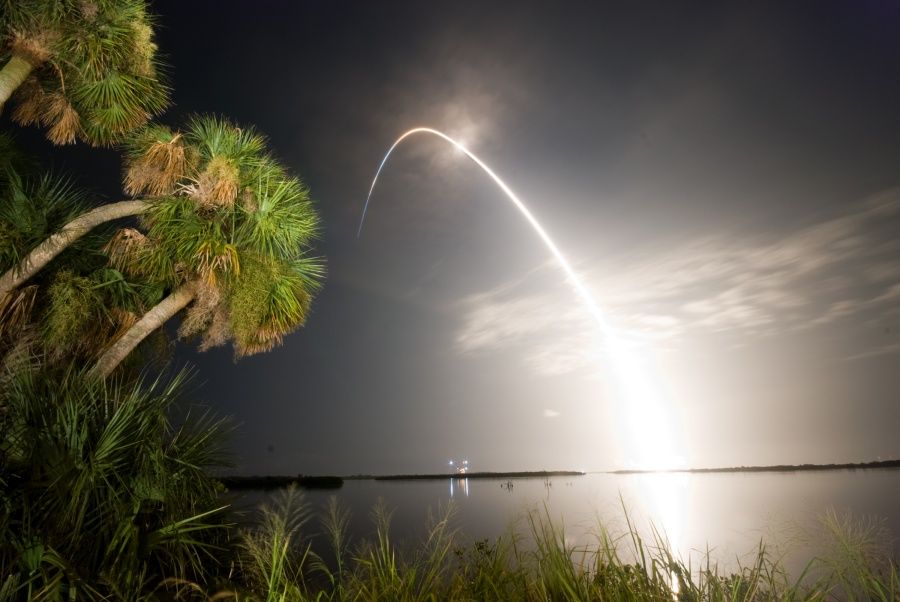 Explanation: Just one minute before midnight EDT, Friday, August 28, the Space Shuttle Discovery began a long arc into a cloudy sky. Following the launch, a bright and remarkably colorful trail was captured in this time exposure from the Banana River Viewing Site, looking east toward pad 39A at the Kennedy Space Center. On STS-128, Discovery docked with the International Space Station Sunday evening. The 13-day mission will exchange space station crew members and deliver more than 7 tons of supplies and equipment. Of course, the equipment includes the Combined Operational Load Bearing External Resistance Treadmill (COLBERT).