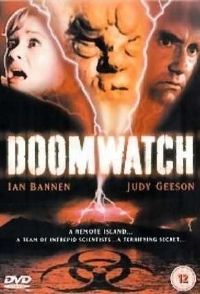 A couple of days ago it was announced by weirdandbeard that the rights to the 1970s BBC show, Doomwatch, had been optioned and rumors abound that the show could be the next on the BBC's recent wave of remakes. This, according to representatives for Kit Pedler and Gerry Davis estate though, who would like nothing more than to see these rumors become fact I'm sure.

Of course, with the beeb's remake of Survivors getting ready for its second season, Day of the Triffids gaining muchas attention, and other pseudo-science show's like Fringe running high in the ratings, it only makes sense that a show like Doomwatch would now be looked at seriously.

Show Synopsis:
Doomwatch - code name of a semi-secret government department set up to keep an eye on, and try to contain, potentially hazardous scientific research. The team, lead by the incorruptible Doctor Quist - observe the scientists while MI6 observe them. Predicting what could happen if a particular experiment or technology got out of hand, this 1970’s drama series is anchored in scientific fact and is sometimes close to reality.

What do you guys think? Sound like a viable show for the BBC to bring back to air?
Click to expand...

Staff member
I had not come across that series before!

From the description though it sounds bit like the BBC wanting their own version of Fringe or at least a way of getting back some of the success they had with the original version of The 11th Hour (I preferred the BBC mini-series version over the US remake).