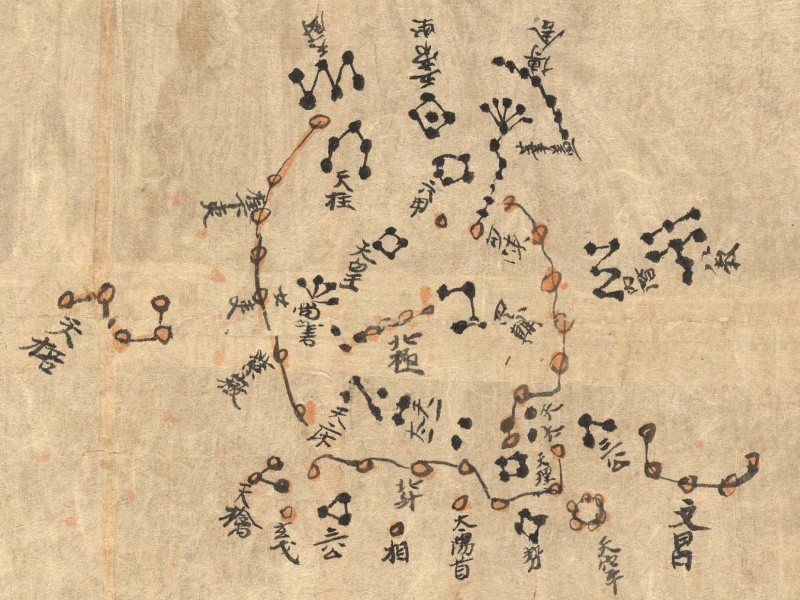 Explanation: This ancient Chinese map of planet Earth's northern sky is part of the Dunhuang Star Atlas, one of the most impressive documents in the history of astronomy. The oldest complete star atlas known, it dates to the years 649 to 684, discovered at the Silk Road town of Dunhuang in 1907. A recent analysis that examines the accuracy and projections used to make it notes the atlas marks positions of over 1,300 stars and outlines 257 Chinese star groups or asterisms. The star positions in the hand drawn atlas were found to be accurate to within a few degrees. In this example showing the north polar region, a very recognizable Big Dipper, part of the modern constellation Ursa Major, lies along the bottom of the chart. An additional 12 charts depict equatorial regions in 30 degree sections and also include a grouping resembling the modern constellation Orion. The atlas is on display at the British Library in London to celebrate the International Year of Astronomy.

Atlas of the Universe