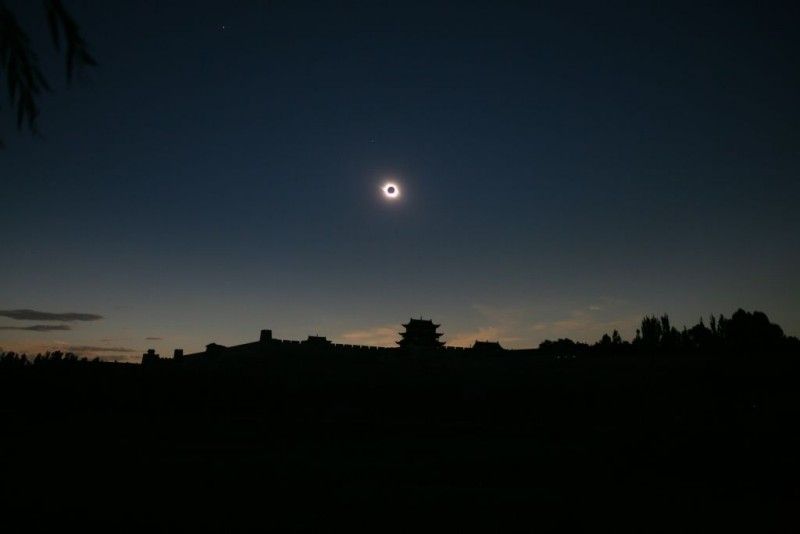 Explanation: Contrary to the famous myth, you can't see the Great Wall of China from the Moon ... even during a total solar eclipse. But on August 1 you could see the Moon eclipsing the Sun from the Great Wall. In fact, from this location near the Great Wall's western end, the Moon completely blocked the Sun's overwhelming disk revealing a shimmering solar corona and bright planets in the briefly darkened sky. A main pass, The Great Wall's Jiayuguan Fort, is also silhouetted in the foreground. The pass is the western-most of the wall's passes and the best preserved, initially built around 1372 during the Ming dynasty. The nearby city of Jiayuguan in Gansu Province was an important stop on the Silk Road.