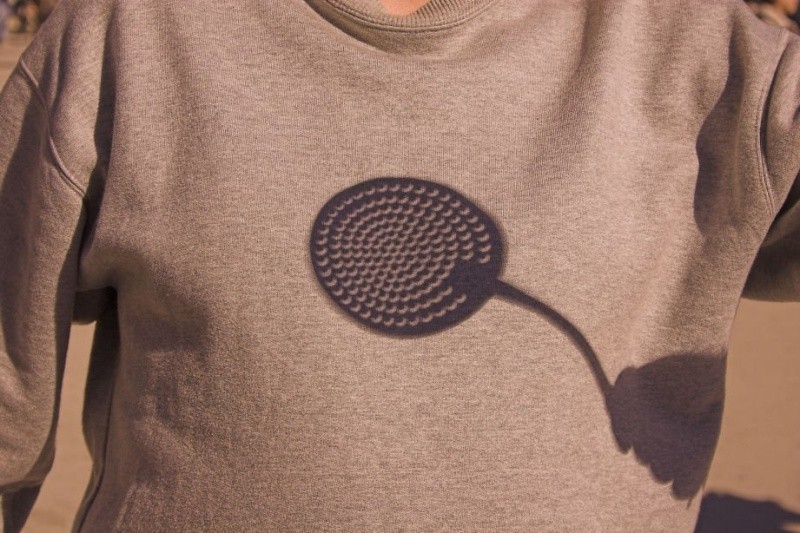 Explanation: Of course, everyone is concerned about what to wear to a solar eclipse. No need to worry though, nature often conspires to project images of the eclipse so that stylish and appropriate patterns adorn many visible surfaces - including clothing - at just the right time. Most commonly, small gaps between leaves on trees can act as pinhole cameras and generate multiple recognizable images of the eclipse. In Madrid to view the 2005 October 3rd annular eclipse of the Sun, astronomer Philippe Haake met a friend who had another inspiration. The result, a grid of small holes in a kitchen strainer produced this pattern of images on an 'eclipse shirt'. While Yesterday's solar eclipse was total only along a narrow path beginning in northern Canada, extending across the Arctic, and ending in China, a partial eclipse could be seen from much of Europe and Asia.