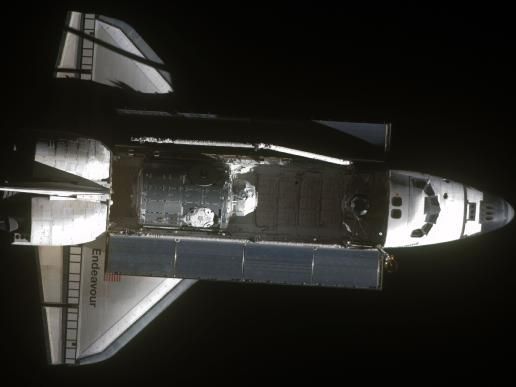 Backdropped by the blackness of space, space shuttle Endeavour was photographed by the Expedition 22 crew as the shuttle approached the International Space Station during STS-130 rendezvous and docking operations on Feb. 9, 2010. The Tranquility node can be seen in the shuttle's payload bay. Image Credit: NASA (More at NASA Picture Of The Day)