Space Endeavour in the Moon

NASA Astronomy Picture Of The Day
Endeavour in the Moon 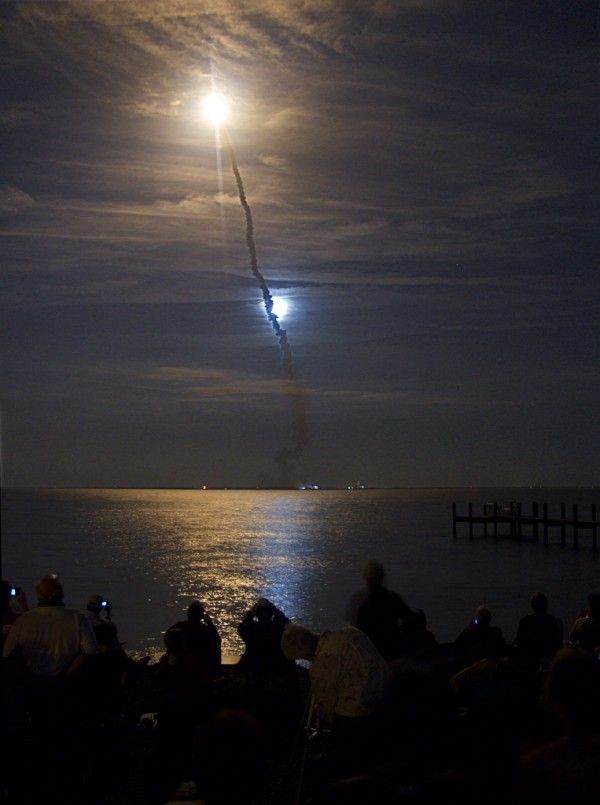 Explanation: Glaring near the top of the frame, the shuttle orbiter Endeavour rockets into the night on the STS-126 mission. Endeavour left planet Earth on November 14 from Launch Pad 39A at NASA's Kennedy Space Center, making the 27th flight to the International Space Station. To record the dramatic view, the camera was placed so the shuttle's flight path tracked across the Moon, from a vantage point in Indian River City, Florida. Near picture center the almost full, perigee Moon shining through thin clouds silhouettes the shuttle's dense exhaust trail. On board the space station, the crew and the STS-126 astronauts can celebrate the orbital outpost's 10th anniversary today. Construction of the International Space Station officially began with the November 20, 1998 Russian launch of the station's first element, the bus-sized Zarya module.