ESA closes in on the origin of Mars’ larger moon

ESA closes in on the origin of Mars’ larger moon 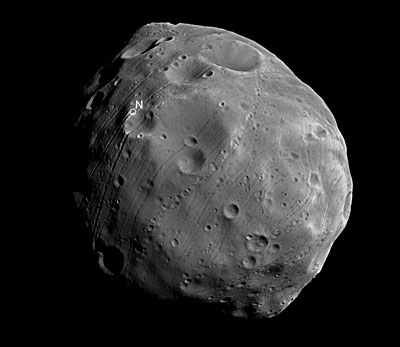 European space scientists are getting closer to unravelling the origin of Mars’ larger moon, Phobos. Thanks to a series of close encounters by ESA’s Mars Express spacecraft, the moon looks almost certain to be a ‘rubble pile’, rather than a single solid object. However, mysteries remain about where the rubble came from.
Click to expand...

Four-Sided Triangle, and Shoot at the Moon, by William F. Temple