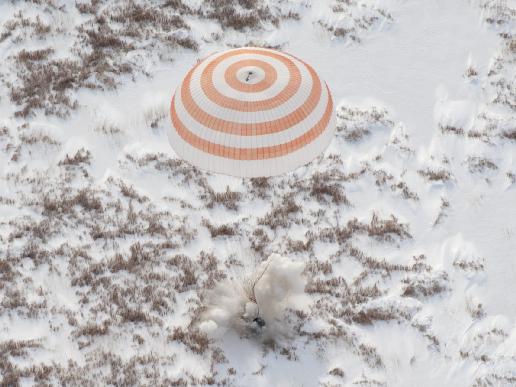 The Soyuz TMA-16 spacecraft is seen as it lands with Expedition 22 Commander Jeff Williams and Flight Engineer Maxim Suraev near the town of Arkalyk, Kazakhstan on Thursday, March 18, 2010. NASA Astronaut Jeff Williams and Russian Cosmonaut Maxim Suraev are returning from six months onboard the International Space Station where they served as members of the Expedition 21 and 22 crews. Image Credit: NASA/Bill Ingalls (More at NASA Picture Of The Day)