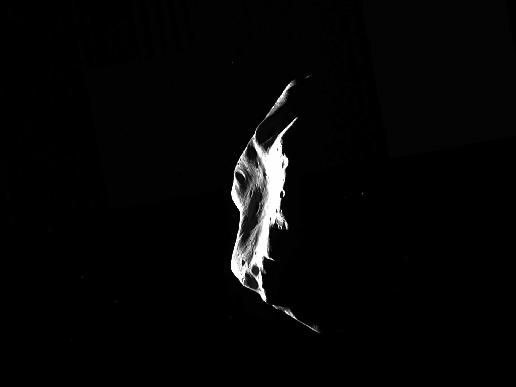 On its way to a 2014 rendezvous with comet 67P/Churyumov-Gerasimenko, the European Space Agency's Rosetta spacecraft, with NASA instruments aboard, flew past asteroid Lutetia on Saturday, July 10. The instruments aboard Rosetta recorded the first close-up image of the biggest asteroid so far visited by a spacecraft. Rosetta made measurements to derive the mass of the object, understand the properties of the asteroid's surface crust, record the solar wind in the vicinity and look for evidence of an atmosphere. The spacecraft passed the asteroid at a minimum distance of 3,160 kilometers (1,950 miles) and at a velocity of 15 kilometers (9 miles) per second, completing the flyby in just a minute. But the cameras and other instruments had been working for hours and in some cases days beforehand, and will continue afterwards. Shortly after closest approach, Rosetta began transmitting data to Earth for processing. Lutetia has been a mystery for many years. Ground telescopes have shown that it presents confusing characteristics. In some respects it resembles a ‘C-type’ asteroid, a primitive body left over from the formation of the solar system. In others, it looks like an ‘M-type’. These have been associated with iron meteorites, are usually reddish and thought to be fragments of the cores of much larger objects. Image Credits: ESA 2010 MPS for OSIRIS Team MPS/UPD/LAM/IAA/RSSD/INTA/UPM/DASP/IDA (More at NASA Picture Of The Day)

This is My Farewell Transmission From Mars [Phoenix Mars Lander]