What are your favorite obscure sci fi series.??

cboulle said:
What are your favorite obscure sci fi series.??
Click to expand...

Writer
Quark and Time Tunnel. I couldn't decide which so picked both.

I remember watching VR5 but can't really say it was a favorite or anything.
Most of the ones I call favorites were mainstream.
I have watched a lot of obscure shows that were okay but not favorites.
I have watched a few mainstream shows that are not science fiction but they have science fiction based episodes like robot buffy or segments of Night Gallery.

cboulle said:
What are your favorite obscure sci fi series.??
Click to expand...

I'm curious if emphisis is on favorite or obscure?

I remember liking Surface but it was cancelled after the 1st season.
Surface ( 2005 )
Surface: A marine biologist, an insurance salesman and a teen-aged boy find their lives fundamentally changed by the emergence of a new, and often dangerous, species of sea life, while government agents work to keep the affair under wraps.

There was one where a family traveled around in a giant vehicle and they would have adventures....

sci-fi-dude said:
There was one where a family traveled around in a giant vehicle and they would have adventures....View attachment 13182 A man, is wife and this 2 sons' seek adventures on a crazy planet.....
Click to expand...

Writer
The 70's were pretty good up until Disco, I just couldn't get into it. There were a few good sci-fi movies & shows toward the end.

Verna said:
The 70's were pretty good up until Disco, I just couldn't get into it. There were a few good sci-fi movies & shows toward the end.
Click to expand...

No bell bottoms? No boogie fever? No summer breeze? Or Archie?

Writer
TV was ok, I loved Faulty Towers. Bell bottoms and hip huggers were around in the late 60's. Except for Aerosmith for about 6-7 years Rock went in the toilet. To me the whole Travolta/disco/Bee Gees thing reminded me of a grown up version Alvin & the Chipmunks. Original Alvin was ok,

Fantastic Journey was one I liked as well.

Staff member
Wow, I am blanking out on "Fantastic Journey" as I don't remember that one at all at the moment. Now you guys have my curiosity piqued.

Raquel Welch, she truly was one interesting scientist.... 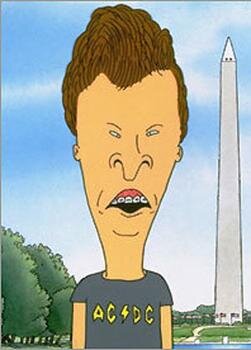 She made the trip more fantastic. lol!

Rock for us gen-x began is 69, turned awesome during the 70s, it was ok during the early 80's and died in the 90's up. Disco and new wave were cool night club tunes, then in the 90s up became too commercial and not entertaining......

Raquel Welch? Are you thinking Fantastic Voyage, the movie?