Plot: After a series of brutal slayings, a teen and her friends take on an evil force that's plagued their notorious town for centuries. 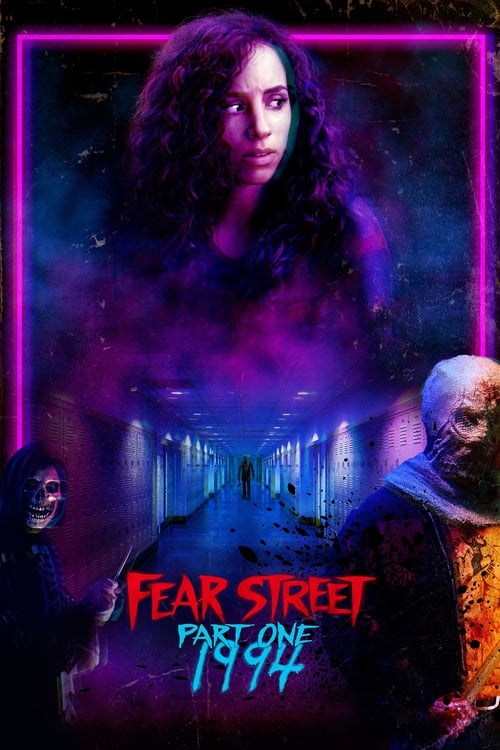 Staff member
Anyone else caught this one?

Having watched all three movies am not overly impressed. Worth a look, but don't believe the hype, this isn't changing the slasher genre.

First part 1994, okay though nothing to really have you humming

Second part 1978, well worth a watch if digging slashers from the 1980s

Third part 1666, geddit, 1994 Part 2, sort of a cheap The Witch, some interesting ideas, resolution happens faster than Kevin can knock back a shot during Happy Hour at the Lagoon Bar.

Overall I would give it 6 to 7 out of 10, probably work better for a tween audience who haven't watched a whole bunch of horror movies.

From what I've seen of the trilogy so far, isn't YA the demographic they are aiming for? Maybe I'm just assuming that because of the involvement of R.L. Stine and him being known for targeting a younger audience.

Kevin said:
the involvement of R.L. Stine and him being known for targeting a younger audience.
Click to expand...

I've got them but haven't watched them yet. R.L. Stine, so I expect them to be similar to his other works. I'm not expecting anything too horror.

Frankly, there isn't much horror that impresses me anymore. Most of the stuff I see anymore is terrible (from a movie production standards point of view) and most of them try to gross you out or show how sadistic or demented they can be without the talent a good movie needs.

I've seens some interesting Russian movies lately which capture horror far better than anything out of Hollyweird. Stine's movies are candy horror suitable for kids during Halloween.

I recently picked up 116 dvds and blurays at a flea market ($80). Lots of older films which includes science fiction and horror. I'm converting them to mp3s in hi-def then donating the discs to the local library. These films were made before the genres became gimmicky.
Every once in awhile you come across a gem nowdays but those are too few and far apart.

I loves me some monsters. I like to imagine them as aliens from alien worlds, the weirder the better. The Universe is so huge and is populated with so many different worlds, I imagine some really weird creatures might actually exist. I also study effects and how they look, not so much how they are acheived (unless they are so bad it distracts from the effect).

Some people are very passionate about their horror. Some people are very passionate about their movies. I watch so many bad movies, when a good one comes along I get excited. When I forget I am watching a movie and feel ike I;m in it, that's a good movie. I don't care who made it or who likes it.
My first choice is science fiction, then action, then horror but monster movies,... no matter the genre, get my highest vote. But, they need to make sense.

Kevin said:
From what I've seen of the trilogy so far, isn't YA the demographic they are aiming for? Maybe I'm just assuming that because of the involvement of R.L. Stine and him being known for targeting a younger audience.
Click to expand...

Kev, not an expert in Stine publication but from what I can understand the Fear Street series of novels were aimed at an older audience than his more acclaimed books. Not entirely sure the trilogy knows what audience they are aiming for, in parts definitely YA but in others the blood is hitting the fan and as they used to say in the 1980s involved a whole bunch of "gnarly" deaths.

thanks for the info Jethro and others
I enjoyed the RL Stine kids shows. I don't get the channel that shows them anymore.

('Say Cheese and Die' is one of the greatest titles ever!)

Action 6 Underground (Netflix)
Tagline: They say no one can save the world. Meet no one.
Genre: Action, Thriller, Comedy
Director: Michael Bay
Release: 2019-12-10