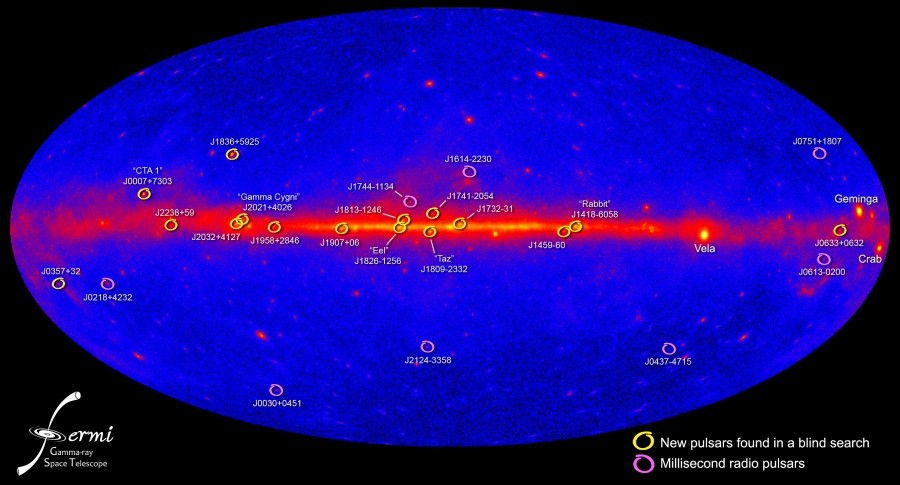 Explanation: Born in supernovae, pulsars are spinning neutron stars, collapsed stellar cores left from the death explosions of massive stars. Traditionally identified and studied by observing their regular radio pulsations, two dozen pulsars have now been detected at extreme gamma-ray energies by the Fermi Gamma-ray Space Telescope. The detections include 16 pulsars identified by their pulsed gamma-ray emission alone. This gamma-ray all-sky map, aligned with the plane of our Milky Way Galaxy, shows the pulsar positions, with the 16 new Fermi pulsars circled in yellow (8 previously known radio pulsars are in magenta). Bizarre stellar corpses, the Vela, Crab, and Geminga pulsars on the right are the brightest ones in the gamma-ray sky. Pulsars Taz, Eel, and Rabbit are named for the nebulae they are now known to power. The Gamma Cygni and CTA 1 pulsars at the left also reside within expanding supernova remnants of the same name.