Cyberpunk thriller B-spine is free on promotion this weekend (24, 25 March) on Amazon Kindle. Get it, read it, write a review for it. Spread the word:

It’s 2098 in the North American Union and biotechnology isn’t creating a better tomorrow, it’s maintaining a cold, dark and bloody today. A crumbling dystopia of breathing buildings and weaponized insects, where corporations rule cities and mercenaries conduct business takeovers at gunpoint. But unless Kirsty Powell can discover what really happened at Arclights nightclub, it’s a future that ends for her in seven days…

She knows how to spot malfunctioning livedrives – it’s her job. Their hardware linkages wear out, their wetware components succumb to disease, parasites and age. But to see one notch up a bodycount on a nightclub dancefloor, that’s a first. No one was supposed to see that. Kirsty wishes she hadn't.

B-spine is a fast-paced cyberpunk technothriller that pitches an unlikely heroine into an unwinnable battle against the men who control an all-too-believable alternate future. Its combination of biotech weaponry and street-level police procedural plotting makes it a violent, visceral ride – Children of Men meets The Wire.
C

I really like ebook because it helps me a lot whenever I am busy to my work and don't have time to go to the bookstore and search all the shelves to find the book that i want. Ebooks made me easy to search everything. Thank you for publishing the lists and will do later to follow your link.

I hope you enjoy the ebooks!
C

Excellent collection, I am also fond of ebooks and I've been a follower of Twilight series and through ebooks I read it from Chapter 1 to its latest book. It is more convenient because I don't need to go to the bookstore and search all the series of it. It helps me a lot to read chapter by chapter of my chosen novel.
S

Hey, I have two e-books out that are both listed for free right now on Amazon.

Where: The PATH (Which side are you on?) - Kindle edition by Mason, Dr. Tony, Potts, Kevin. Literature & Fiction Kindle eBooks @ Amazon.com.

Description: In 2035 a retro-virus is released as a way to end a losing war. The retro-virus is designed to alter the MUC 2, 3 and 4 DNA molecules in humans. The retro-virus mutates and spreads around the world killing 90% of the population. Those who survive require a much larger amount of food just to survive. The survivors start a new government. This new government, looking out for the people and the food shortage problems, passes the "One-Child Laws". These laws require that parents be force sterilized as soon as they have one child. A group that calls themselves "The PATH to the future of humanity" opposes these laws feeling that the government does not have the right to force mutilate the population. After a number of conflicts, the government starts the P.A.T.H. (People Against True Humanity) games. Nova Contesta must overcome watching the death of her family in the P.A.T.H. games if she is ever to survive the games herself and continue the effort to save humanity from the retro-virus which has already killed 90% of the population.

2) The Poetry of Mental Illness and Abuse

Description: The poems in “The Poetry of Mental Illness and Abuse” are a collection of feelings and thoughts from someone who has suffered every kind of abuse and who suffers from mental illness. These poems have brought readers to tears and helped them to understand what happens in the mind of someone with a severe mental illness. From the child who is trying to cover the bruises of abuse, to the adult who feels the world would be better off without them. This book elicits and brings to mind all the thoughts and feelings of the readers and helps them to see life through the pain of mental illness.

I hope you guys enjoy them and please let me know what you think and maybe even leave a review in amazon.

Connor Clover and the Lost Children by Helen Oghenegweke is also free on Kindle prime. It's the first book in a trilogy.

Hellooooo,
Now his isnt exactly a free E-book, but it is deffinitly a free read. I'm an author and I am working on a book at the momunt. Right now I am trying to get it out there. So far I have gotten good feedback but I am trying to extend the circle of readers from just my friends and family.
I figured some people on here might be interested! If not thats cool too.
This is the prologue: http://scarmrising.blogspot.ca/

Hey, all. I'm new here. I hope you all welcome me into the fold. It's fun on this side of the force field.

My choose your own adventure style books have recently released on Kindle. They're the first cyoa style books to be released in ebooks. The first one is available for free on Amazon this weekend at:

If you miss the Amazon promotion, you can still get a free copy by contacting me at the main website, (www.relicworlds.com)

This is the trailer for the series:

Writer
Two of my e-books, my novella Seeker and my first Triple-Shot (featuring Dead Man's Forge) are now both free at Smashwords, B&N.com and other sites (and hopefully Amazon will price-match one of these days...). Enjoy!

Writer
And just an update, but Amazon did finally price-match, on Seeker at least, so all of you Kindle users can also enjoy a free read. Maybe one of these days they'll do the same for the Triple-Shot...

And they've been a bit squirrely with the pricing on this one, so if it shows anything but free, give it a day and things should go back to normal.

Writer
Fallen is making its paperback debut down at ConDFW (and if you're in the area, stop on by), and in observation of that milestone, you can get the Kindle version of Fallen for free this weekend! 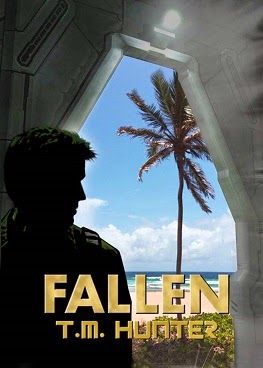 That's an incredible resource of free stories! Thanks, @Tom!

Peter Watts offers four of his novels, the Rifters trilogy and the excellent Blindsight, for free at Watts Backlist

Here is "Civilization Pi" a sci-fi/comedy about ancient civilizations, our present civilization and artificial intelligence. Hoping you find it amusing, the writer will make this trilogy available to you as it becomes complete. Check it out, +- 15 minutes to read. 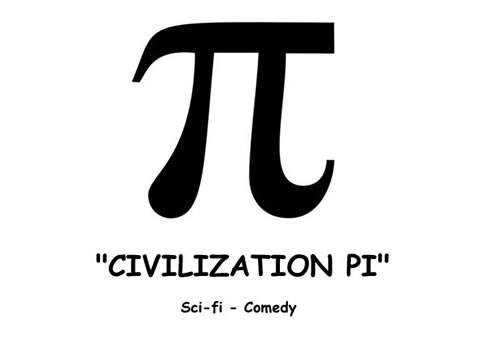 Thought I would share this with you all. Might be a way to get your ebook out to more eyes...?

About the Project
Open Library is an open, editable library catalog, building towards a web page for every book ever published.
Just like Wikipedia, you can contribute new information or corrections to the catalog. You can browse by subject, author or lists members have created. If you love books, why not help build a library?
Click to expand...

The American Libraries collection includes material contributed from across the United States. Institutions range from the Library of Congress to many local public libraries. As a whole, this collection of material brings holdings that cover many facets of American life and scholarship into the public domain. Significant portions of this collection have been generously sponsored by Microsoft, Yahoo!, The Sloan Foundation, and others.
Click to expand...

free-online-novels.com currently has well over 3,000+ visitors per day eagerly combing its lists for new novels to read. Your novel could be the treasure that they seek.
To have a novel listed it must be:
Free

If any form of registration is required in order to be able to view the novel, then it is not free. It then becomes an exchange of personal information for access to your novel. A request for information or even a donation is acceptable provided that it is clearly stated that it is optional, and is in fact optional. NOTE: Kindle/Amazon requires registration to read even the free novels. Smashwords does not require registration to read the free novels so you'll find a lot of links to Smashwords authors at this site. (The exception is the Smashwords coupon which does require an account in order to access the novel.)
Online

The novel must be accessible via the internet for online reading and or downloadable for offline reading.
Complete

A list of complete novels is a lot more attractive to people on the net than a list of incomplete novels, therefore, I only link to novels that are complete from start to the end.
Click to expand...

http://dailysciencefiction.com/
Everything we've published! Click on a topic to read...

The Science Of Aliens by Clifford A. Pickover
Extraterrestrials: A Field Guide For Earthlings by Terence Dickinson
Barlowe's Guide To Extraterrestrials: Great Aliens From Science Fiction Literature by Wayne Douglas Barlowe

I recently finished reading a free ebook on Kindle. It kept my attention with consistent action. The humor is pretty blue, but it worked for me. It's takes super heroes, alien conspiracy, world war 2, and jokes to make a fun read. Below is the link if anyone is interested.

Tower Defender is free on Amazon.

Sally Riggs, ex-spacer military attaché, and Robert Holdforth, a renowned inventor, meet while in deparole therapy, the removal of language to reduce connection to traumatic memory. For therapy, they play Tower Defender, a video game relying on a quick trigger finger and a taste for death. In the game, they fight desert raiders and weirdo weapon cultists. They’ve got to learn to work as a team to win the game, and they’ll need those skills to deal with what awaits them in Comm Tower.