Writer
Hi everyone, my debut novel NASTRAGULL: Pirates (volume 1) will be available for free starting today and until Friday (January 21st – 23rd, 2015) on the Amazon for kindle. 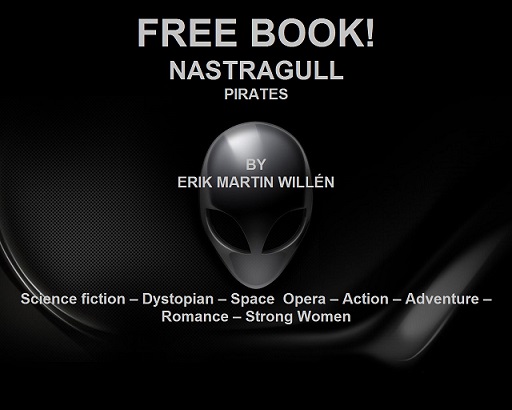 As a tight-knit group of human cadets heads home after eight years of military training, their interstellar transport, Bright Star, comes under attack by pirates—and after a bloody battle, they're taken prisoner. One of the cadets, Alec Horn, eventually manages to escape with the Bright Star's captain and an emperor's ransom in loot. Together, they set out on a harrowing adventure to rescue their friends and comrades.
There are just two minor complications: during Alec's captivity, he "awakened" to the voice of the universe, Nastra—and worse, he fell madly in love with a young pirate woman, Alexa. Theirs is a forbidden love, one that will soon embroil everyone and everything they know in the madness of the Third Universal War.

Nastragull: Pirates, an epic science fiction adventure by Erik Martin Willén, is about what it takes to be a pirate in a dog-eat-dog universe. The story begins when a pleasure cruise vessel is hijacked by a band of interstellar pirates. With the precision of well trained mercenaries, they methodically rape, pillage, plunder and enslave everything on board that will bring rewards including the ship itself.

The beautiful pirate, Alexa, spies her destiny in the form of a blue-eyed cadet named Alec and rescues him from the slave box to be her personal pet. After they confess their love, Alec is violated, betrayed and escapes Alexa's clutches. He finds out that the ship he has stolen is the personal shuttle of Zuzack, Alexa’s captain. He takes with him a legendary treasure that makes him the richest person in the known universe. Alec uses the bounty to lead an unlikely group of allies to help him to rescue his fellow cadets. It doesn’t take long for the pirates to declare war when he discovers the whereabouts of his treasure.

Erik Martin Willén has created a sci-fi masterpiece that rivals some of Robert Heinlein’s best work. Lots of fast paced action, violence, and suspense with many plots and twists. Willén taunts us with explicitly descriptive sex scenes and graphic sadistic violence that, although you want to look away… you can’t! This book has everything from breath-taking gasps, to occasional quick-witted one liners that will have you chuckling out loud. Nastragull Pirates is must-read for all sci-fi fans. 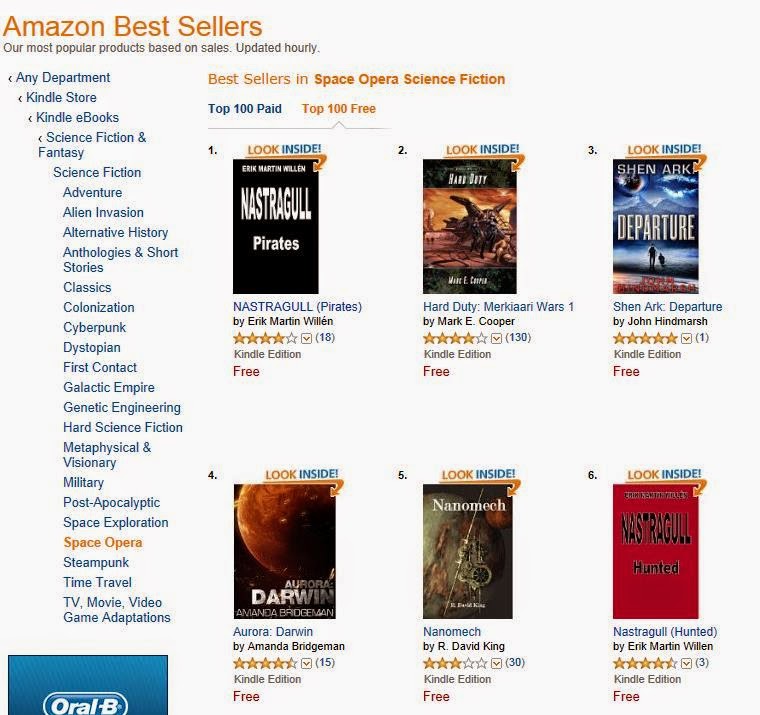 Writer
Thank you "screenersam" - I love to hear your thoughts about my story. This is the first edition and the second is on it's way...(with a better...different book cover...) have a great day!