NASA Picture Of The Day
Freedom 7 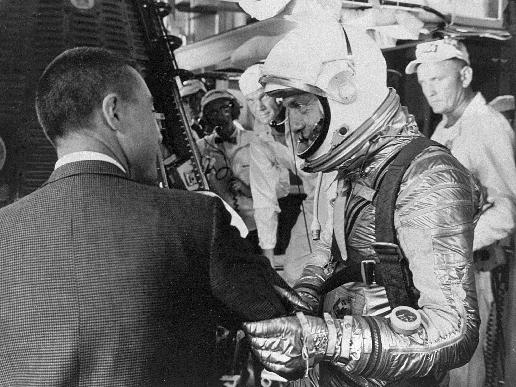 On May 5, 1961, at 9:34am EST NASA astronaut Alan Shepard launched about his Mercury Redstone spacecraft, nicknamed Freedom 7, to become the first American in space. In this image, fellow astronaut Gus Grissom wishes a suited Alan Shepard a safe flight just before insertion into the craft. The flight lasted 15 minutes, 28 seconds and traveled a distance of 303 statute miles. Image Credit: NASA (More at NASA Picture Of The Day)