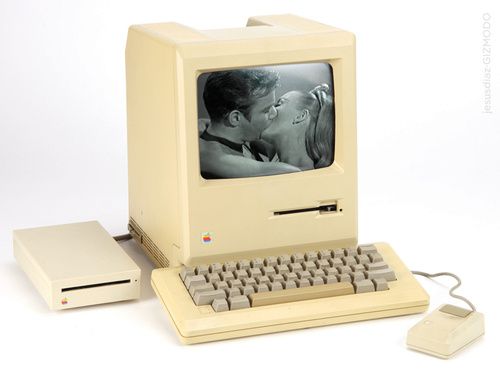 Would you like to write a saga about a spaceship with a womanizing captain, an awkward scientist/philosopher, a maniacal doctor, a drunk engineer, a voluptuous communications officer, a communist pilot, and a gay helmsman? Well, this Macintosh 128 won't help.

If your name were Gene Roddenberry, however, that would have been a piece of cake. Still, if you are an Star Trek fan, you may be interested in bidding for this original Macintosh 128 with serial number F4200NUM0001, owned by the sci-fi genius himself. According to that number, it was the 776th Mac 128, manufactured during the 20th week of 1984 in Fremont, California. 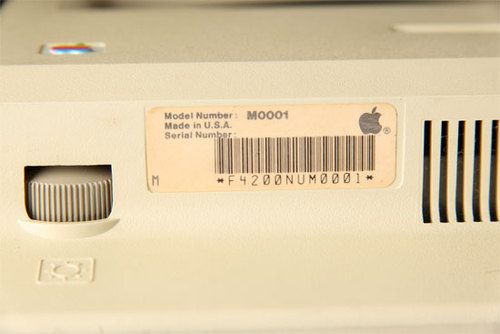 It's exactly like the one I have&mdash;including the Macintosh team signatures etching inside&mdash;except mine was manufactured on the 28th week of 1984.

Profiles in History&mdash;who got all their facts wrong in their press release, hopefully not the bit about this being Roddenberry's computer&mdash;is going to auction the computer and the extra floppy drive at the beginning of October. It has an estimated sale price of $800 to $1200, which seems quite cheap, knowing who the owner was. [Dvice]

Woah! I wonder when any die hard trekkie fan is going to get this thing. At least ti works and you can probably crank out some ghostly inspired stories from Gene himself. Yeah!

sammybaker said:
Woah! I wonder when any die hard trekkie fan is going to get this thing. At least ti works and you can probably crank out some ghostly inspired stories from Gene himself. Yeah!
Click to expand...

Even though I love gadget collectibles, this one is out of my budget. Besides, with most Trek related props in the collection people will recognize them but for this one you'd have to explain to people that "... it was owned by Roddenberry. And it was amongst the first Macs released to the public."