Generations of Stars in W5

Generations of Stars in W5 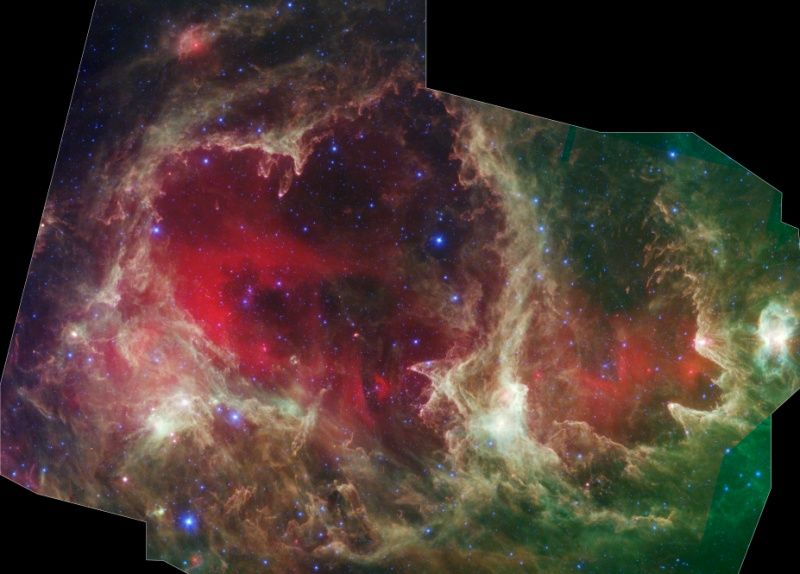 Explanation: Giant star forming region W5 is over 200 light-years across and about 6,500 light-years away in the constellation Cassiopeia. W5's sculpted clouds of cold gas and dust seem to form fantastic shapes in this impressive mosaic of infrared images from the Spitzer Space Telescope. In fact, the area on the right includes the structures previously dubbed the Mountains of Creation. New evidence indicates that successive generations of stars formed in the W5 region in an expanding pattern of triggered star formation. The older, earlier generations of stars seem to cluster near the middle of the enormous cavities, with younger stars seen near the rims. Winds and radiation from the older, central stars likely carve out and compress surrounding interstellar material, triggering the collapse that gave rise to younger, later generations of stars farther out. In the false-color image, heated dust still within the cavities appears red, while the youngest stars are forming in the whitish areas. W5 is also known as IC 1848, and together with IC 1805 it is part of a complex region popularly dubbed the Heart and Soul Nebulae.

Next Generation of Space Shuttles