NASA Picture Of The Day
GOES-P Set for Launch 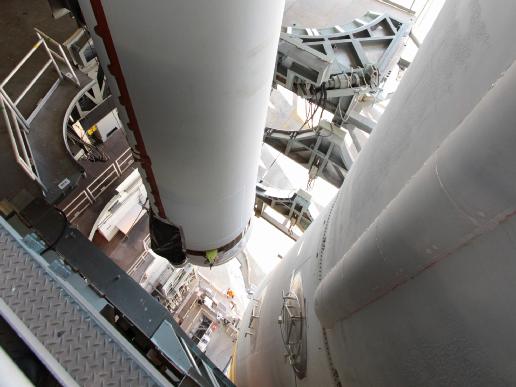 In the mobile service tower at Launch Complex 37 on Cape Canaveral Air Force Station in Fla., a solid rocket booster for the Delta IV rocket, slated to launch NASA's GOES-P satellite as it is lowered toward the base of the rocket. Launch currently is targeted for March 1, 2010. Image Credit: NASA/Jack Pfaller (More at NASA Picture Of The Day)