NASA Astronomy Picture Of The Day
Haunting the Cepheus Flare 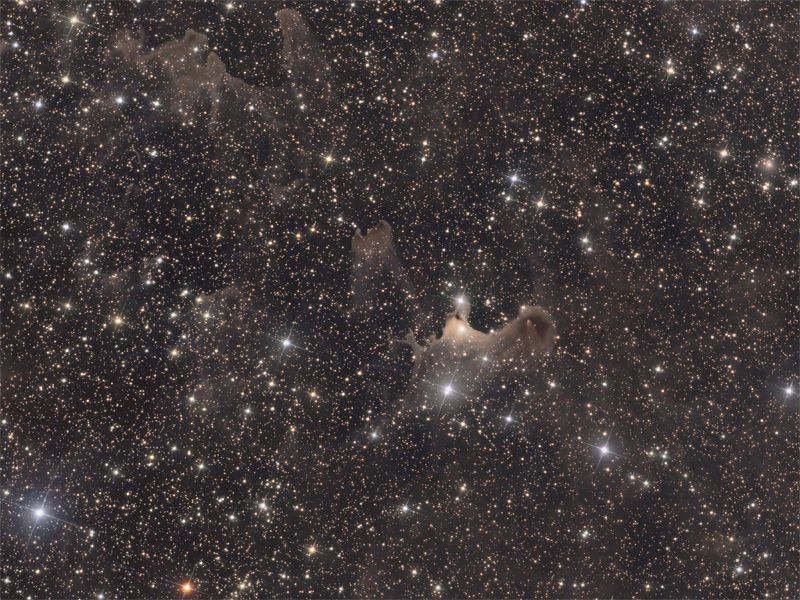 Explanation: Spooky shapes seem to haunt this starry expanse, drifting through the night in the royal constellation Cepheus. Of course, the shapes are cosmic dust clouds faintly visible in dimly reflected starlight. Far from your own neighborhood on planet Earth, they lurk at the edge of the Cepheus Flare molecular cloud complex some 1,200 light-years away. Over 2 light-years across and brighter than the other ghostly apparitions, the nebula known as Sh2-136 near the center of the field is even seen in infrared light. Also cataloged as Bok globule CB230, the core of that cloud is collapsing and is likely a binary star system in the early stages of formation.
Take a survey on Aesthetics and Astronomy.